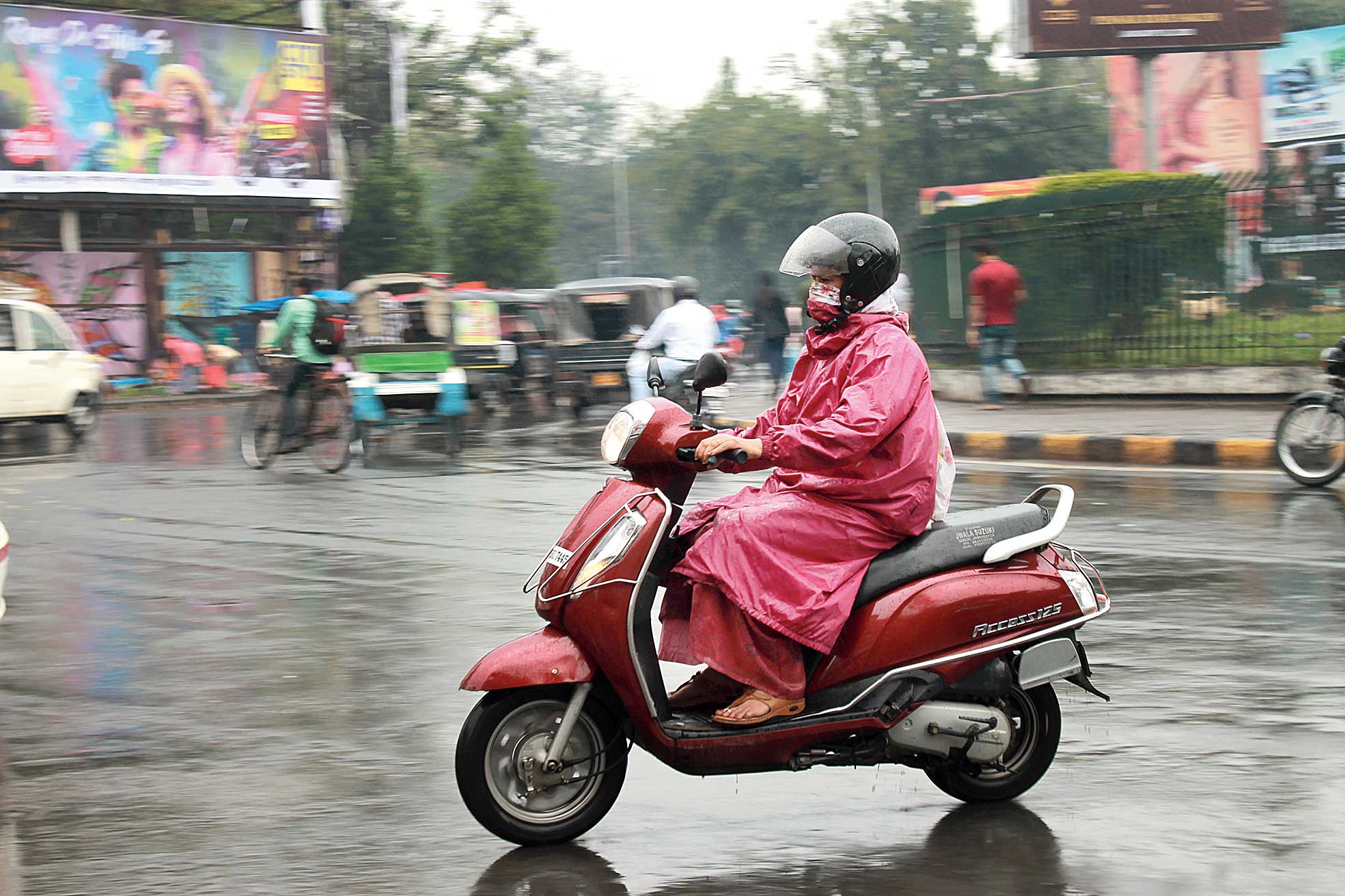 Raincoats and umbrellas were out in many places as a western disturbance coupled with an east-west trough impacted Jharkhand’s weather on Wednesday.

Under the influence of the western disturbance, an induced low pressure area has formed over southwest Rajasthan and its neighbouring areas. It has also triggered an associated cyclonic circulation extending up to 2.1km above mean sea level.

An east-west trough induced by the cyclonic circulation and stretching from north Chhattisgarh across east Rajasthan and north Madhya Pradesh was also persisting at 0.9km above mean sea level.

Several places, including Ranchi, Jamshedpur and Daltonganj, experienced intermittent rain throughout the day on Wednesday. The IMD observatory in Ranchi on recorded 10.2mm of rain till 5.30pm while Jamshedpur clocked 9mm. Daltonganj, Garhwa and Hazaribagh recorded over 1mm of rain. Reports of rain, thunder and lightning also poured in from Ramgarh, Bokaro, Giridih and Jamtara.

The overcast sky and intermittent rains resulted in an abrupt fall in day reading in several places.

The IMD has predicted light rain and thunderstorms in many places during the next 24 hours. It also issued an alert of lightning and hail accompanied by gusty wind with speed up to 40kmph in isolated places. Thunderstorms are also forecast in central and southern Jharkhand on March 14.

“The impact of the western disturbance and the associated cyclonic circulation was expected to stay till March 16,” said S.D. Kotal, director of Ranchi Meteorological Centre.