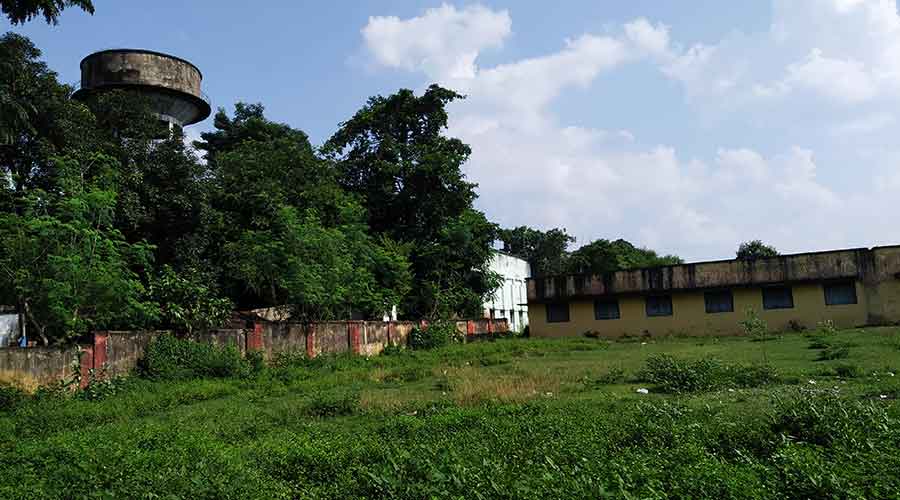 The railway high school in Bagbera where the 28-year-old man was found murdered on Sunday.
Animesh Sengupta
Published 22.08.21, 10:44 PM

Jamshedpur: The mutilated body of a 28-year-old man with a criminal record was found on the premises of a railway high school under Bagbera thana area on Sunday morning. The victim identified as Raju Singh, was found with his throat slit and two deep cut injuries in the abdomen. Bagbera thana OC, Rajesh Kumar Singh said this to be a case of murder, informing that investigation has begun. He said police have recovered empty liquor bottles and glass from near the spot where the body was found, suggesting the assailants had killed Raju after making him consume liquor. The murder victim's father, said on Saturday three persons had visited his house as soon as his son had returned from the Station market, having closed his vegetable shop and had taken him along with them. (Kumud Jenamani) 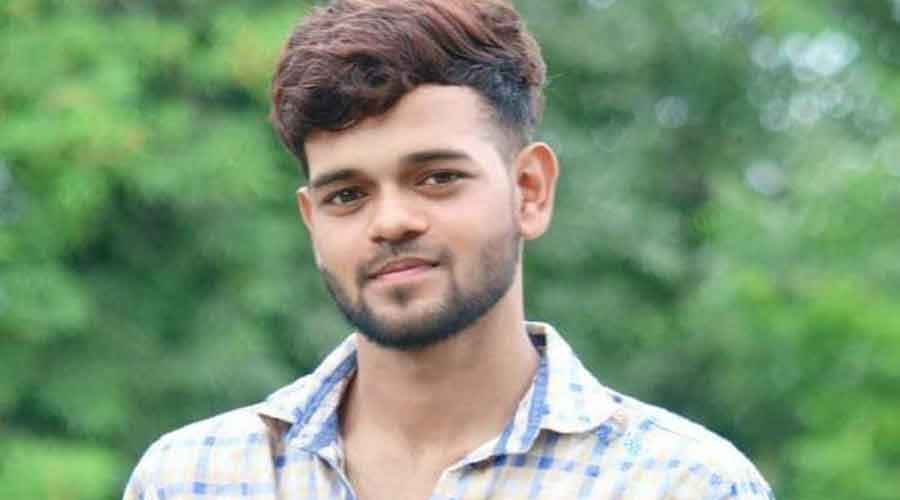 Hazaribagh : A 23-year-old BJP leader on Sunday died by suicide at his residence in Dhanbad road in Barhi block, 42km from district headquarter sending shockwaves among party workers as well as those knowing him. Shivam Anand was head of the district IT cell of the party. His parents spotted him hanging from the ceiling fan. He was immediately rushed to nearest hospital but doctors declared him brought dead. Family members failed to reason why Shivam took such a harsh step that too when he was happy with his life. Shivam’s body was sent for post mortem to Hazaribagh medical college and hospital. (Vishvendu Jaipuriar) 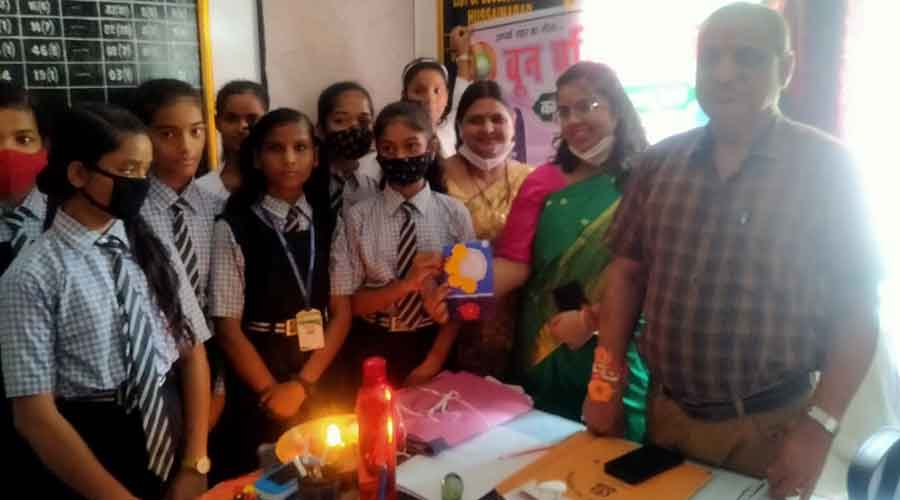 Daltonganj: It was a rare Rakhi celebration in the backwaters of Palamau’s Japla. More than half a dozen girl students of the Boon Public School Japla led by its principal Sauvari  Mukherjee went to the police station Hussainabad (Japla) and tied rakhis on the hand of the officer-in-charge Ajay Singh. “Our students had made the rakhis with their own hands using discarded household items like wool, pearl, chiffon etc,” said Mukherjee. The girls were given sweets and Rs 1,000 in cash by the police officer. Sources said there is a paradigm shift in the attitude of women towards the police in Palamau which was earlier marred by fear due to the naxals in the area. (Our correspondent)

Hazaribagh: The Indian painted frog was seen for the first time at Canary Hill reportedly for the first time in the state as well. Renowned wildlife researcher Mritunjay Sharma discovered this frog, declared as least concern and threatened species in IUCN list. He said three days ago, he saw this frog. Sharma said Uperodon taprobanicus, also known as the Sri Lankan bullfrog, Sri Lankan painted frog, Sri Lankan kaloula, Ceylon kaloula, Indian painted frog or painted globular frog is a species of narrow-mouthed frog found in Nepal, Bangladesh, southern and eastern India and Sri Lanka. It can grow to an adult length of up to 7.5 cm from snout to vent. Sharma had found India's largest anthill on the foothills of Canary earning him a place in Limca Book. (Vishvendu Jaipuriar)