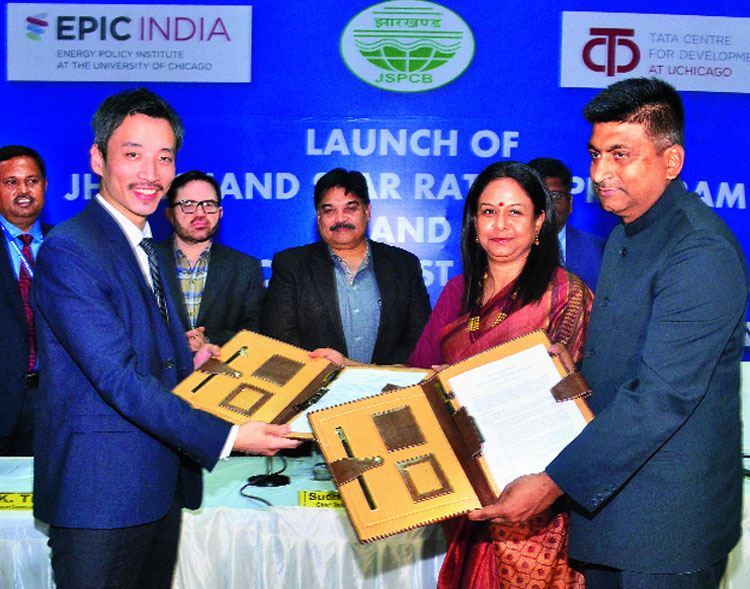 Life expectancy of Jharkhand’s people will increase by 4.4 years and that of Indians by 4.3 years if the World Health Organisation’s (WHO) standard of air quality is maintained by keeping particulate matter (PM) pollution, which is generated from burning fossil fuel and industrial activities, within 10 microgram per cubic metre (µg/m³).

Ken Lee, executive director of Energy Policy Institute at the University of Chicago’s India team (EPIC-India), said this on Friday on the sidelines of an event to sign a pact with Jharkhand State Pollution Control Board (JSPCB) for effective air pollution control.

According to air quality life index (AQLI), a new tool for calculating life expectancy on the basis of ambient air, India’s particulate matter was 54µg/m³ in 2016 while the state’s figure was a notch higher at 55.3µg/m³, he added.

Lee said life expectancy of residents of Ranchi, which had a PM level of 52.1µg/m³ in 2016, could be increased by 4.1 years if the pollution level was brought down to 10 µg/m³.

“The state, which is now seriously trying to put a check on pollution, has introduced the Star Rating Programme (SRP) for its industries across all categories,” Lee said.

The first-of-its-kind transparency initiative in the state will categorise industries from 1-star to 5-stars, with 1-star being the least compliant and 5-stars being the most compliant to pollution standards set by the regulator.

Earlier in the day, JSPCB signed a pact with the University of Chicago Trust which will collaborate with the pollution watchdog through EPIC-India and Tata Centre for Development. The MoU was inked in the presence of chief secretary Sudhir Tripathy, development commissioner D.K. Tiwari and principal chief conservator of forests Sanjay Kumar.

“SRP will be a new weapon in the arsenal of the pollution watchdog. It will give impressive dividends for improving the state’s air quality,” chief secretary Sudhir Tripathi said.

“The state is in a Catch-22 situation on striking a balance between its forests and mines. This technology will help in maintaining the equilibrium by controlling pollution,” Tiwari said.

“The need is to sensitise people about how pollution control can increase life expectancy,” Kumar said.

JSPCB member-secretary Rajiv Lochan Bakshi and Lee exchanged the MoU document after it was signed at the forest department’s Palash auditorium within its Doranda headquarters.