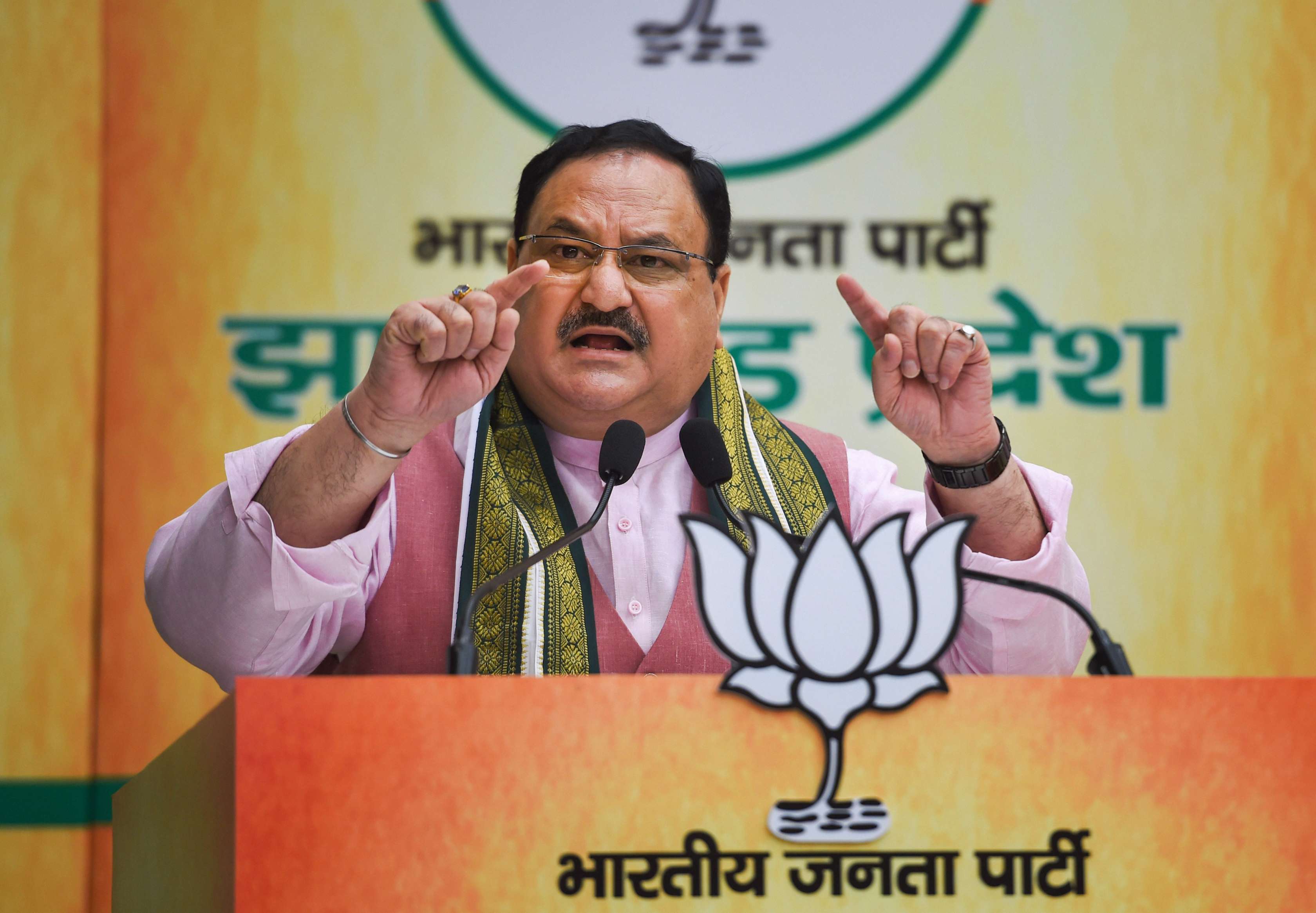 Attacking the JMM-Congress government in Jharkhand, BJP president J.P. Nadda on Tuesday said the state has become a byword for "lawlessness" under its rule, with naxalism rife and corruption becoming an "industry".

Addressing state BJP leaders at an digital event to inaugurate party office in eight districts, he asked them to work democratically to remove the coalition government, which had come to power in December last, " lock, stock and barrel".

"When I read news of Jharkhand now, reports of naxalism, daylight kidnapping and murder, and robbery are rife. Jharkhand has become a byword for lawlessness. The menace of naxalism, which was almost over, has become rampant," Nadda said.

Corruption has become an industry with rates fixed for transfers, he alleged.

Good governance has ended in the state because the government is weak and careless, he charged.

The BJP, he said, has now built its offices in over 500 organisational districts, and work is on in constructing 400 more offices.

While the coronavirus pandemic brought to stop activities of all parties, the BJP carried on with its relief measures and stayed in touch with its members through digital technology, he said.

He also spoke about the Modi government's relief measures and programmes for making India self-reliant, and asked party members to publicise them among the masses.

In the 2019 assembly polls in the state, the BJP had lost power to the Jharkhand Mukti Morcha alliance.