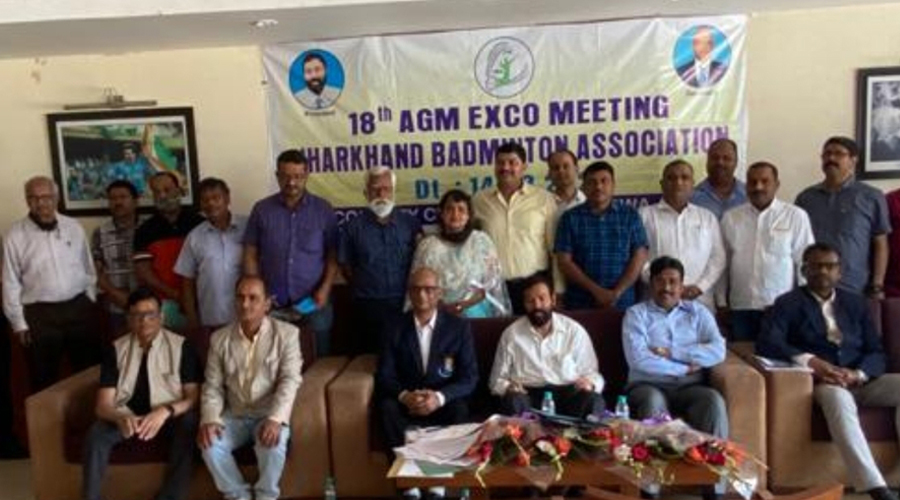 Seven new faces have been elected to the executive committee of Jharkhand Badminton Association (JBA) with K. Prakhakar Rao becoming secretary for the fifth consecutive term.

The 18th annual general meeting and the election of the state shuttle outfit was held at the Country Club at JSCA International Stadium in Dhurwa, Ranchi on Sunday. Jharkhand Olympic Association secretary Madhukant Pathak was present as an observer and regional deputy director of education department Arvind Bijay Bilumg graced the occasion as a special guest.

The tenure of the new executive is four years.

Sachin Rana, who runs a training centre at Mohan Ahuja Stadium in Jamshedpur has accompanied Indian shuttle teams to off-shore events as a coach.

Jamshedpur-based Rao, who also happens to be the joint secretary of Badminton Association of India and chairman of Para-Badminton India, said representatives of all the 24 JBA affiliated districts were present at the meeting. "Promotion of the game in districts and other related issues were discussed during the meeting. The election was conducted in a peaceful manner," Rao, who is JBA secretary since 2006, said.