Ramesh Bais, speaking to reporters expresses his excitement witnessing operations in a colliery 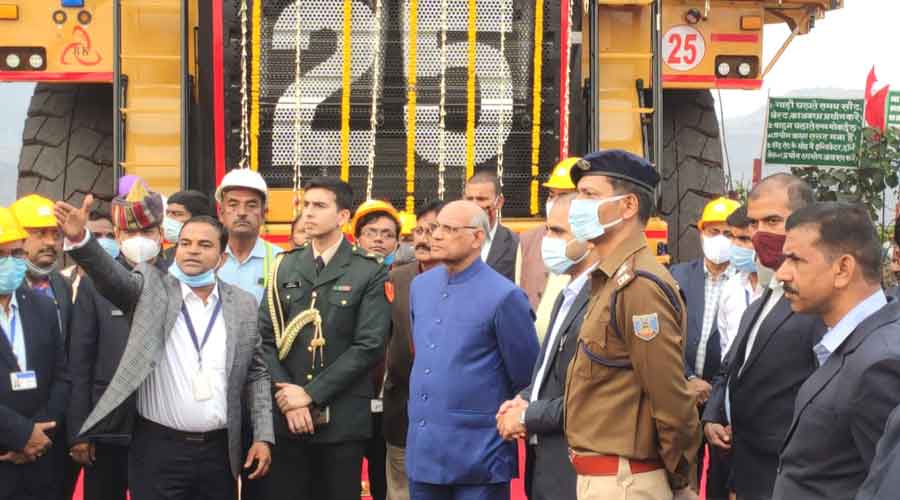 State Governor, Ramesh Bais who was in Dhanbad on Friday on a persoanl visit, also reached the Ena fire project, an open cast mine of Bharat Coking Coal Limited in Jharia and witnessed the mining operation in the colliery. He later inaugurated three Haulpak Machines, off highway mining truck being used in mining activity in the colliery.

Talking to the media on the sidelines of the visit, Bais said, “Though, I was here to participate in a private function, since Dhanbad is a mining hub, so I was keen to witness mining operation. I have, however witnessed the underground mining abroad but never got the opportunity to see the open cast mining."

When asked by reporters about the pollution caused due to mining, he said, "I am not aware of the issue and will have to first understand the problem.”

On exploitation of workers by private contractors, he said, “As I am also not aware of it, I won't be able to throw light on this matter."

“Besides the production, the dispatch of coal is also quite productive due to increased internal demands and otherwise,” Prasad said adding that besides production, they are likely to carry out removal of around 126 million tonnes of mines overburden (a mixture, earth soil and rock removed from the mine before launch of mining).