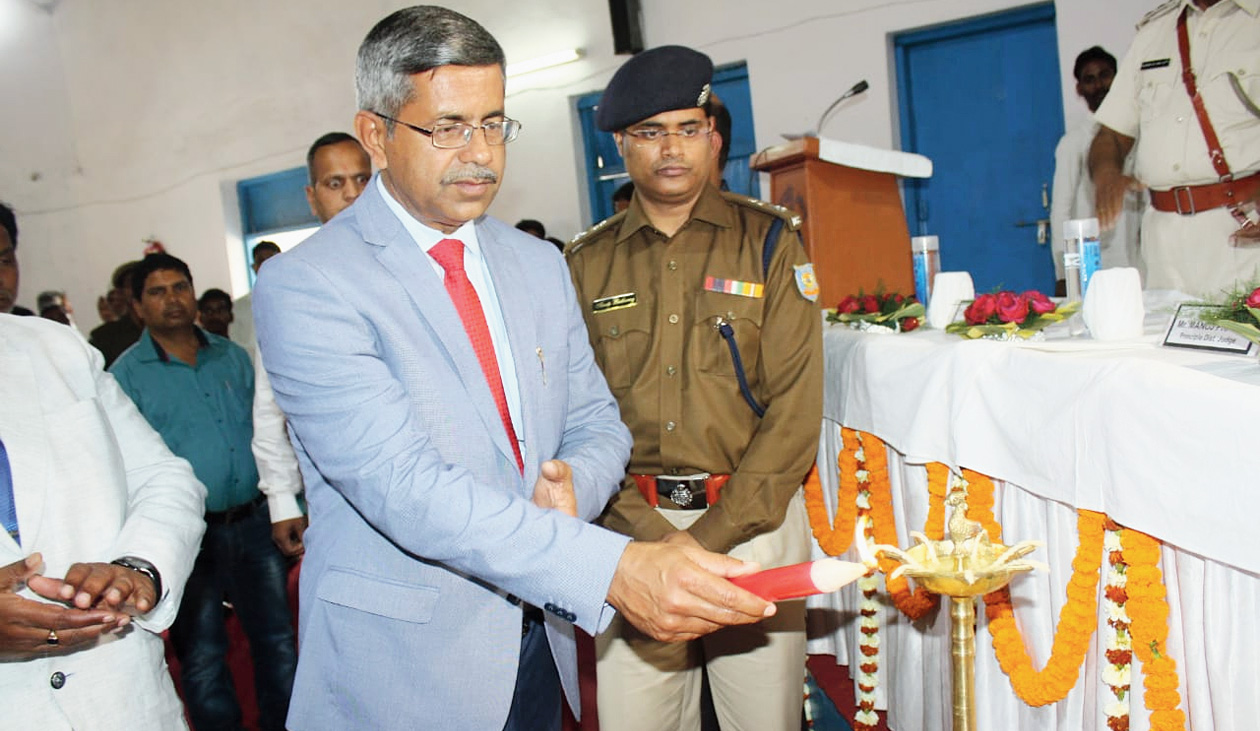 Justice Aparesh Kumar Singh at the function at Ghaghidih jail on Sunday.
The Telegraph picture
Our Correspondent   |   Jamshedpur   |   Published 25.02.19, 08:09 AM

Justice Singh also set into motion an offset printing press and soap manufacturing unit on the premises, turning it into a virtual manufacturing hub under the government skill development programme.

“During my visit (to the jail) on August 26 last year (2018), I had launched several handicraft projects under the same programme. I am pleased to say that the pace of development in this prison is greater than what I had hoped for,” he said, addressing the gathering of inmates and officials.

Jail superintendent Satyendra Kumar Chaudhury said the offset printing press was gifted to the prison by the state home department a month ago.

“Justice Singh spoke to a dozen trained prisoners who will operate the press. He assured us that he would try to ensure that documents used in civil courts in Kolhan are printed in our jail,” Chaudhury said.

The judge also inspected the soap manufacturing machine, which reached the central prison on Thursday.

Chaudhury said selected prison officials underwent a training at Jai Prakash Narayan Central Jail in Hazaribagh. “There is an offset printing press there too. After the 15-day training, they returned here and taught 12 prisoners how to run the press,” he added.

Located on the south-eastern fringes of the city, Ghaghidih jail has over 1,850 prisoners against a capacity of 1,447. The home department hopes skill training will channel negative energy in the crowded jail and arm inmates with honest livelihood options once their sentences are served.