Assignment, however, is honorary 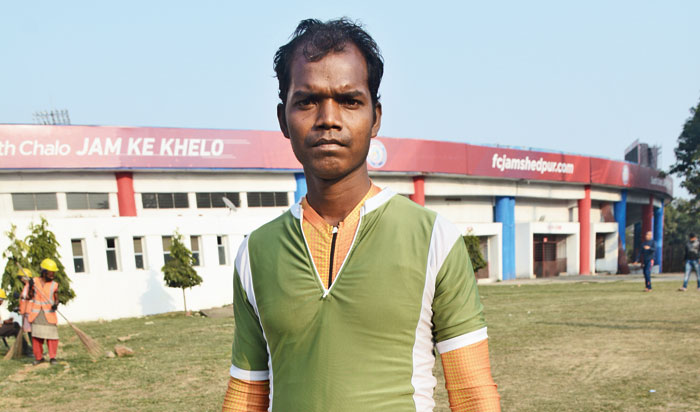 International-level cyclist Lakhan Hansda, 31, who is desperately searching for a job, is likely to get a prestigious assignment soon
Telegraph picture
Jayesh Thaker   |   Jamshedpur   |   Published 21.08.19, 08:20 PM

International-level cyclist Lakhan Hansda, 31, who is desperately searching for a job, is likely to get a prestigious assignment soon.

Special Olympics Jharkhand (SOJ) has decided to nominate Lakhan as director, sports. This position has so far been held by experienced persons, but taking a break from tradition, the SOJ will put forward Lakhan’s name at next month’s annual general meeting in Jamshedpur.

“We have decided to nominate Lakhan as the director, sports of our organisation. Lakhan has been working with us for the past two years and has become quite experienced. He is also an achiever and has handled our special cyclists very well as a mentor. We are sure he will handle the new responsibility well. We also want to inject young blood in the organisation as we are looking at the future,” said SOJ assistant area director Satbir Singh Sahota.

The assignment is prestigious, but it is honorary.

Lakhan’s financial problems — dire enough for him to want to offer to work as a daily labourer — won’t be solved. However, it will put him in touch with various sports organisations, and Sahota hoped something would work out.

Contacted with the news, Lakhan said over the phone from his village Damodih in Potka, some 30km from Jamshedpur: “I am hearing it from you, I did not know.”

The tribal cyclist had won a team bronze for Jharkhand at the 2011 National Games in Ranchi and represented India at the Asian Cycling Championship in Lucknow in 2006.