Advertisement
Home / Jharkhand / It’s a war we all must fight, says Hemant Soren

It’s a war we all must fight, says Hemant Soren 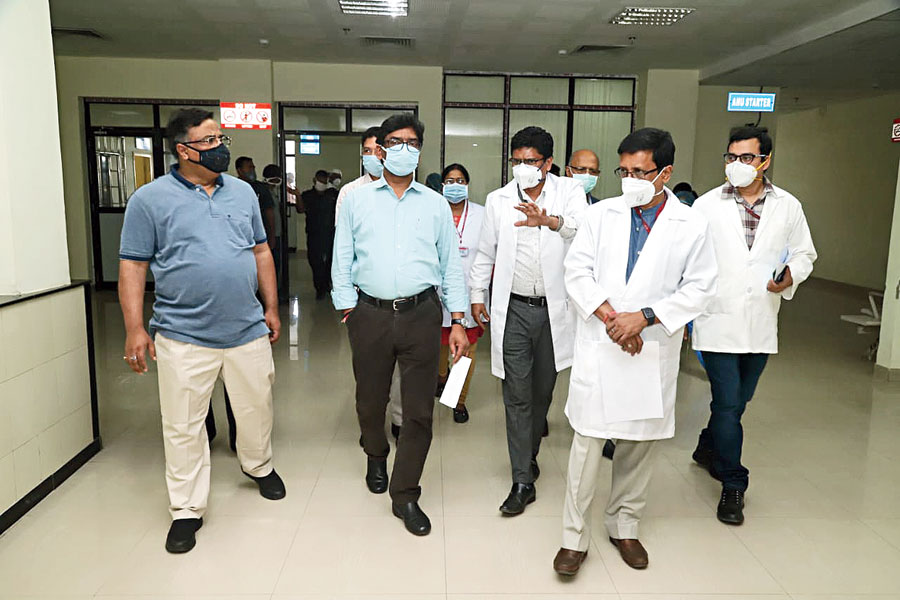 Chief minister Hemant Soren on Sunday through video-conferencing compared the pandemic caused by the newly discovered novel coronavirus to a war and urged people’s representatives across the state to fight proactively against it.

The chief minister said that people of Jharkhand “are people of strong commitment” and they do everything to fulfil their word. In this case, he said, people need to do all they can to “defeat the deadly virus with precautions and social distancing”.

Comparing this situation with war, Hemant said the state was arranging food to win this war. “Jang jitne ke liye khana zaroori hai (Food is needed to win the war),” he said. “As many as 600 dal bhat kendras are operating across the state and community kitchens have been started in police stations.”

Hemant said control rooms in each district and in the state capital had been established to ensure that Jharkhand residents don’t suffer in any part of the state or country.

The chief minister said that ration of two months had been released for ration card holders and proper instruction given to DCs to ensure food for even those who do not have ration card, based on recommendations of people’s representatives.

Hemant also asked people’s representatives to monitor people of the state stuck in the lockdown in other states and see if food was arranged for them in sync with respective state governments.

On the importance of staying at home during this time, Hemant asked people’s representatives to ensure that anyone asked to stay in quarantine does so, and if that person is found moving around carelessly, the police are immediately informed.

On ways to tackle suspected cases of coronavirus, Hemant told people’s representatives to be in touch with doctors at community health centres in each block. He said the state was ready to handle virus cases.