Distribution to take place every weekend this month 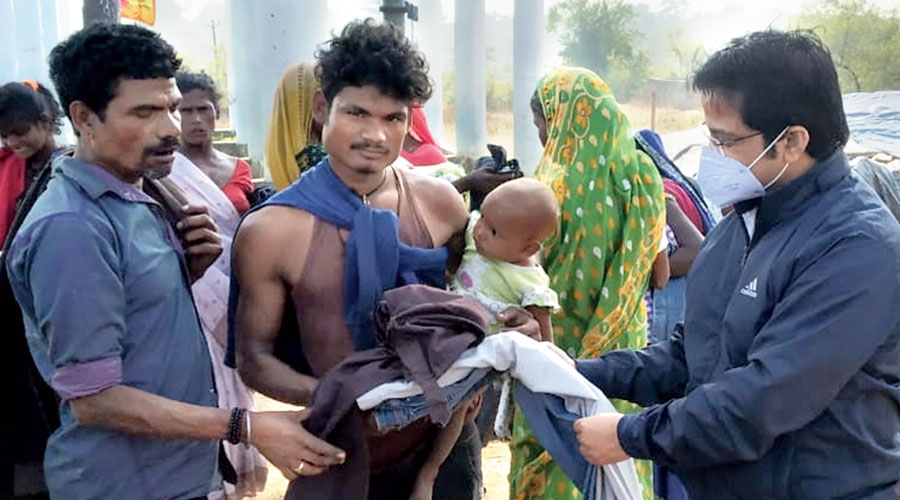 Budding techies and staff of the Indian Institute of Technology-Indian School of Mines have come forward to help the underprivileged in the coal belt who spend nights in the winter (minimum temperature dipping to 12 degrees) without the comfort of warm clothes.

Members of the Centre of Societal Mission (CSM) unit of the IIT-ISM started a clothes donation drive in November. The members distributed the first lot of warm clothes to the poor on November 28 at a shanty near Barwadda, around 6km from their Dhanbad campus. The CSM was established in 2015.

“We donated over 250 warm clothes to the poor residing at Malhar Basti near Barwadda. The clothes were donated by residents of the IIT-ISM campus during the drive conducted by us in October-November. We will be distributing clothes on every weekend in December amongst the poor residing in various slums who cannot afford expensive woollens,” said Sanjeev Sahu, head of the CSM unit of IIT-ISM.

Malhar Basti is inhabited mostly by street vendors who have been worst affected due to the pandemic-induced lockdown this year.

“Unlike earlier years, we have very few students as most of them are not at the campus. However, we were determined to do something for the poor. Our staff at

CSM pitched in and an NGO, Sahayata Ek Achchi Soch, comprising members of IIT-ISM non-teaching staff, also helped us in the distribution work in Malhar Basti. We will be taking their help in the distribution as well as for collection of clothes throughout the month,” said Sahu.

The IIT-ISM staff have also extended their support to the clothes donation drive.

“We are privileged to be enjoying the comforts and would like to do our bit for the downtrodden and underprivileged. Hence, we have decided to donate our warm clothes for this drive,” said Rajni Singh, associate dean, media and branding, IIT-ISM, Dhanbad.

There are over 300 staff and faculty residing at the IIT-ISM campus who will be donating their warm clothes for this drive.