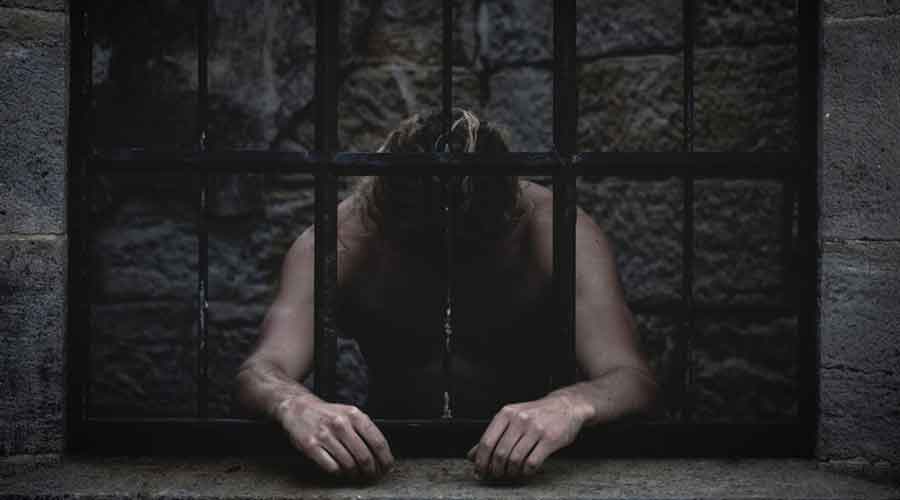 The letter cites the incident of May 1, 2021, when a 50-year-old man died purportedly after police thrashed him when he was out with his wife and younger brother during the lockdown.
Shutterstock
Animesh Bisoee   |   Jamshedpur   |   Published 10.10.21, 12:25 AM

A human rights outfit has urged the National Human Rights Commission (NHRC) to intervene into the increasing cases of alleged custodial torture in Jharkhand.

Arvind Avinash, secretary of the Jharkhand unit of the People’s Union for Civil Liberties (PUCL), in a letter to the NHRC chairperson on Thursday evening informed about the increasing cases of torture of suspects in the custody of police and other law enforcement agencies in Jharkhand and termed it a violation of fundamental human rights.

The letter cites the incident of May 1, 2021, when a 50-year-old man died purportedly after police thrashed him when he was out with his wife and younger brother during the lockdown.

“The deceased’s wife filed a complaint with the Chouparan police station in Hazaribagh but as informed, till date, no action has been taken against the accused officers,” the letter states.

The letter also informs about one Dhaneswar Mahto who is alleged to have suffered a heart attack in the custody of the excise department.

“As per the statement of the wife of the deceased, despite the family members and the deceased himself complaining of poor health condition, he was not taken to the hospital until he collapsed. On August 25, 2021, another allegation of police cruelty surfaced when a four-year(-old) boy and his father (Deep Gupta and Sandeep Gupta respectively) complained of being brutally beaten by Sukhdeonagar PS (police station) in charge, Mamta Kumari over a matrimonial dispute. Till date no action has been taken against the authorities,” the letter says.

The letter also referes to an incident on September 15 when hawker Sandeep Ram was picked by Jagarnathpur police and was allegedly tortured for three days in the lockup on the allegation of theft.

“It was only when his health condition deteriorated due to continuous torture, he was taken to RIMS. The city SP (superintendent of police) states that he is yet to receive any complaint to take action, which is unfortunate as he is empowered to take cognisance of an offence even if there is no formal complaint made,” the letter adds.

Avinash has requested the NHRC to take immediate action on alleged increase in police brutality in Jharkhand and pointed out that in none of the above cases an FIR has been registered so far. He has asked the rights panel to intervene in providing compensation to the victims and register an FIR along with departmental enquiry against the accused officials.