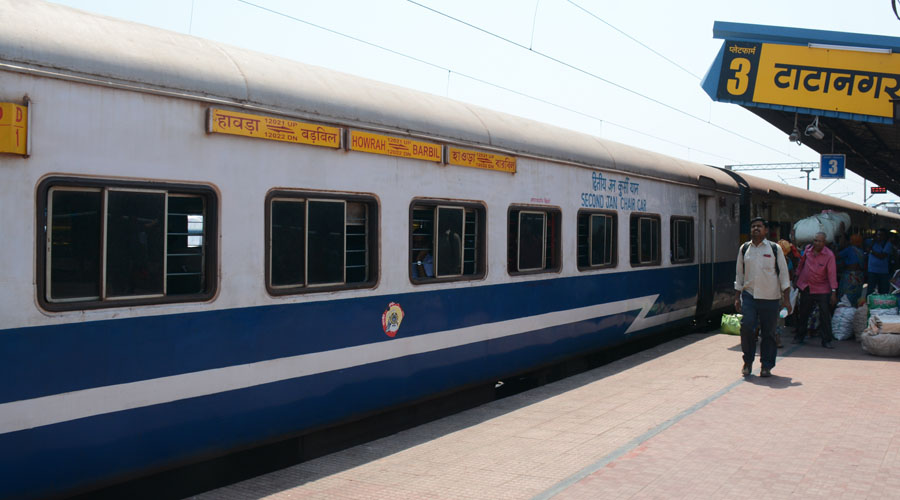 The Howrah-Barbil Jan Shatabdi Express will resume services from November 28, Saturday, and go via Tatanagar station.

The office of chief transportation traffic manager of South Eastern Railway issued a circular and time-table of the train which will run daily as It will run as Howrah-Barbil Special.

The Up train will reach Tatanagar at 10 am while the return train will come to Tatanagar railway station at 4.42 pm.

The train will have four AC chair cars and 14 general chair car coaches.

The train will stop at Kharagpur, Ghatsila, Tatanagar, Chaibasa, Dongaposi, Noamundi and Barajamda stations between Howrah and Barbil. The return train will also stop at Santragachi.

Notably, South Eastern Railway withdrew the train in September this year due to poor occupancy.

The occupancy of the train was reduced to as low as 15 percent due to the pandemic and this was severely affecting railway revenues.

" A decision was taken to resume the train as the situation has improved now. We are expecting a good number of passengers in the train like Steel Express which is currently running between Howrah and Tatanagar, " said Sanjay Ghosh, chief public relations officer of South Eastern Railway.

Jan Shatabdi was the only train available for people travelling between Jamshedpur and Calcutta till the second week of September. The train was withdrawn on September 12.

Two other signature trains for a quick trip to Calcutta were the Steel Superfast Express and Ispat Express.

Steel Express resumed services before Durga Puja last month, while the service of Ispat Express, between Howrah and Titlagarh via Tatanagar, is still suspended.

Chhotanagpur Passenger Association expressed happiness over the decision to resume Jan Shatabdi. “Many passengers travelling between Jamshedpur and Calcutta opt for Jan Shatabdi because of its convenient timing. Regular passengers were feeling handicapped in the absence of the train, " said Arun Tiwari, general secretary of the association.