The authorities enabled the service at a time when no passenger trains are plying and hence, there is nobody to avail of the service 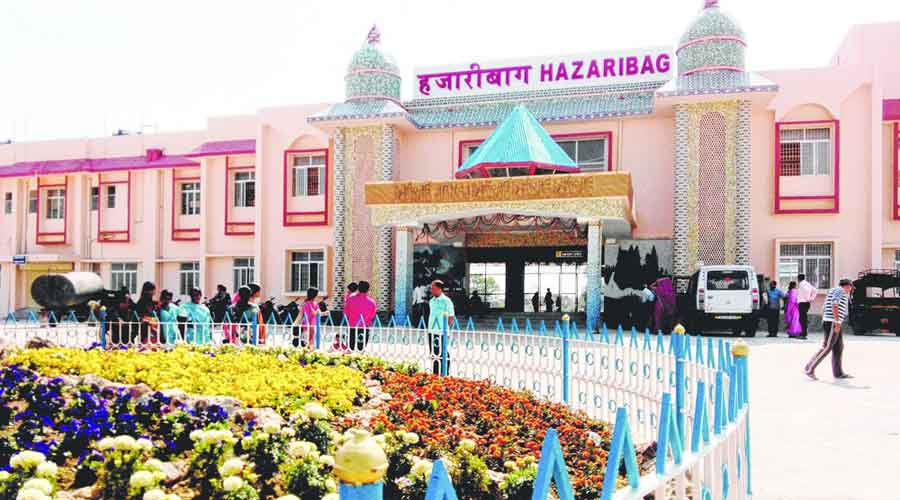 Hazaribagh railway station in Jharkhand has earned a distinction that went largely unnoticed because of the ongoing lockdown in the state.

Many residents came to know only when some papers informed on Monday morning that Hazaribagh Town had become the 6,000th railway station in the country offering free Wi-Fi service to the passengers on Saturday.

But the railways enabled Wi-Fi at the station at such a time when no passenger trains are plying and hence, there is nobody to avail of the service.

Even locals hardly go to the station area as the state is going through an extended phase of the lockdown.

The railways had suspended both the trains — Ranchi-Patna AC Express and Giridih-Barkakana passenger — that pass through Hazaribagh Town station due to the current Covid situation.

“But it’s (Wi-Fi service) done under a nationwide programme that began over five years ago and still going on across the country,” said a senior railway officer of the Dhanbad division under which the station falls.

The officer preferred anonymity as “the project is being executed by RailTel (a public sector undertaking under the railway ministry), not us”.

The project for making Indian railway stations Wi-Fi enabled under the Digital India initiative took off when RailTel in collaboration with Google started offering free Internet to passengers at Mumbai Central Station in February 2016 and went on extending the service to more stations.

Thus, Hazaribagh Town  station, that became functional at Rewali on the outskirts of the town in February 2015  under Dhanbad division of  the East Central Railways, became the 6,000th Wi-Fi enabled station of the country on May 15. Jarapada station in Angul district of Odisha also became Wi-Fi enabled on the same day, said a release by the Press Information Bureau on Sunday.

Incidentally, Mahuamilan railway station in nearby Latehar district under the same Dhanbad division was the 5,500th station of the country that started offering free Wi-Fi service in December 2019.

“I just heard from a friend that our station became Wi-Fi enabled but didn’t go to that side, more due to the lockdown, to test how it works," said Shib Shankar Goswami, a teacher of the local St Xavier’s School.

Goswami usually moves around on the outskirts of the town for recording the activities of various birds.

“However, I used this railway Wi-Fi service elsewhere and found it provides good Internet speed,” he added.

Jharkhand now has 217 Wi-Fi enabled railway stations while Uttar Pradesh has 762, the highest in the country.

There is, however, no recent record available that showed its usage.

An old report, however, suggested that about 1.5 crore people had used the Wi-Fi service offered by the railways in October 2019 who consumed 10,242TB (terabytes) of data.