From slum to stardom

Gourav Mukhi has dribbled his way out of the narrow alleys of Dhatkidih Harijan Bustee, a crowded slum in the steel city, to the famed portals of Jamshedpur FC. 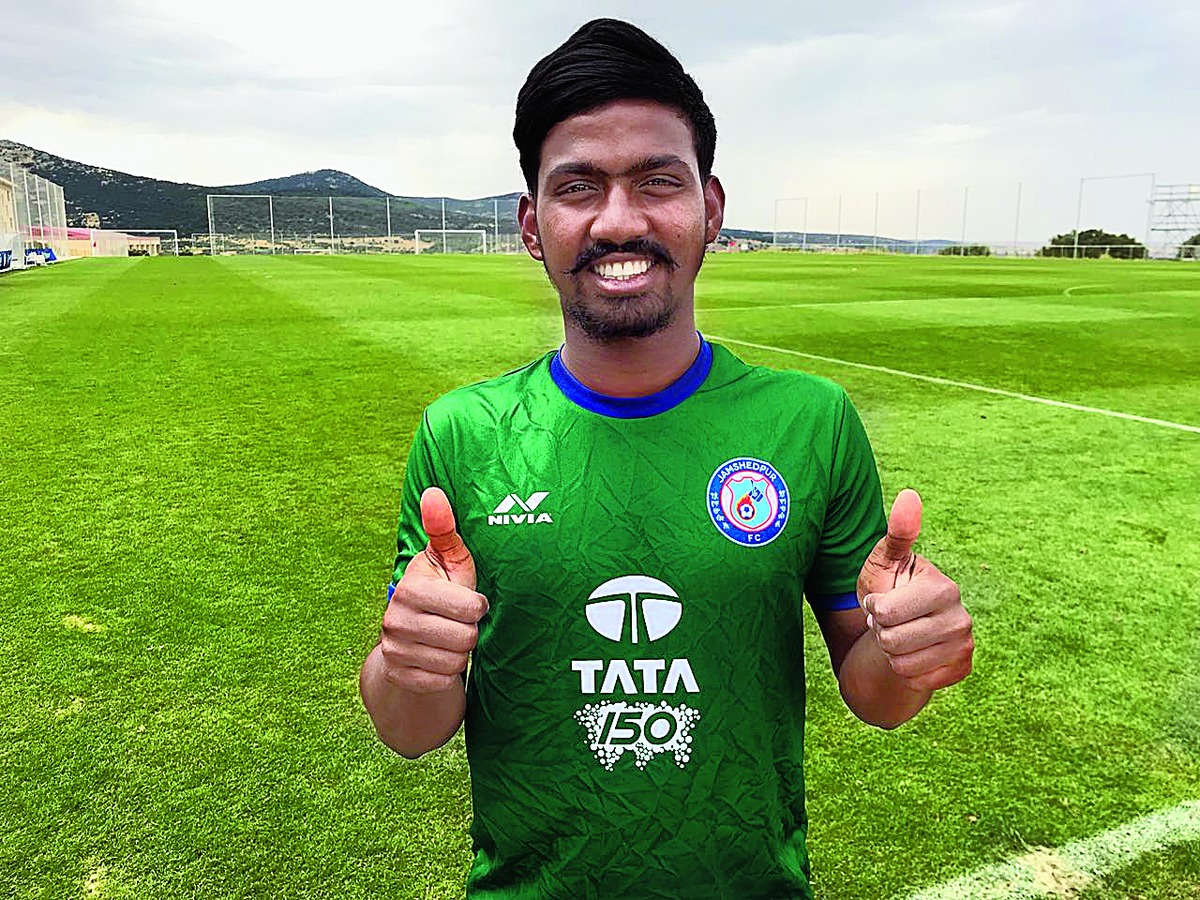 Jamshedpur: Gourav Mukhi has dribbled his way out of the narrow alleys of Dhatkidih Harijan Bustee, a crowded slum in the steel city, to the famed portals of Jamshedpur FC.

Gourav, who was a part of JFC Reserves outfit in I League second division last season, was selected for the senior side for his brilliance as a forward.

Currently in Madrid, Spain, with the JFC team for pre-season training, Gourav scored two goals in as many minutes on Saturday's match against football club Mostoles Balompie. JFC won 3-0 in the match where Gourav was the star.

It's a story of sheer tenacity and passion for the 28-year-old striker for whom football runs in the blood. His father Chhotelal Mukhi is also a former footballer who played for local clubs but could never make it big.

Gourav, who had a humble upbringing, grew up playing football at a small uneven ground at the slum and sometimes on lanes. Self-taught, his natural agility with the ball earned him a place in league matches and finally JSA Premier Division, the steel city's popular league. Here, Tata Steel spotted his talent and gave him a berth in its team for the league.

Then, the forceful striker blazed his way to the JFC Reserves side and now the senior outfit.

JFC's new mentor César Ferrando marked out Gourav for a training trip to Spain. "César was very impressed with Gouarv's techniques and wanted to take him to Spain for exposure," a JFC official said.

Speaking to this correspondent via WhatsApp, Gourav said he was "confident in Madrid" and "getting lots of inputs from seniors".

"I will give my 100 per cent if I get to play the upcoming ISL (Indian Super League) matches (that start on September 29)," Gourav said.

Sounding in awe of Australian Tim Cahill, who's played this World Cup too, and who is one of the marquee players for JFC in the 2018-19 season, Gourav said they had a great interaction.

"He's is a great player who is helping me everyday and is working with me on new techniques," Gourav said. He also thanked his fans in Jamshedpur. "Your support has made me come this far," he said.

Heaping praise on Gourav, JFC CEO Mukul Chaudhari said they were happy to have "such a fine footballer" on their side. "We wanted local flavour in the side and Gourav is one. We wish him all the best," he said.

Tata Steel assistant coach Jagannath Behera, who's known Gourav for years, said the youth was a hard-working and sharp forward. "He grasps goal opportunities on the field quickly and his shooting is invariably accurate. I hope he scores big in ISL," Behera said.

What is your message for Gourav Mukhi? Tell ttkhand@abpmail.com