Fog slows down traffic on NH-33 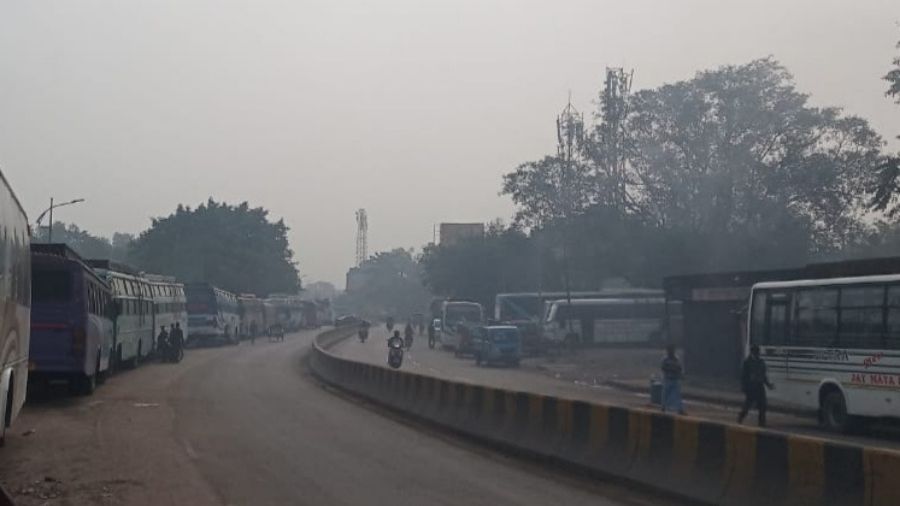 Many cities of Jharkhand, namely Ranchi, Jamshedpur and Bokaro, woke up to a foggy Tuesday morning.

The fog reduced surface visibility to 700 metre in Jamshedpur and its adjoining areas soon after sun-rise around 6.15 am and to 9,000 metres in Ranchi and Bokaro. According to weathermen, several other places like Seraikela-Kharsawan, Chaibasa in West Singhbhum and Khunti, witnessed moderate fog which reduced the surface visibility to below 1,000 metres.

The fog which descended on the steel city after sunrise cleared only after 9.30 am.

Traffic was disrupted as visibility on NH-33 between Ranchi and Jamshedpur was reduced to around 700 metre between 6.15 and 7.15 am, slowing down morning traffic. The fog resulted in poor visibility in several other places in Kolhan including Chandil, Manoharpur, Kandra and Ghatshila.

The fog also affected movement of vehicles on the Tata- Kandra four-lane road.

The fog took a toll on long-distance buses arriving or departing from Sitaramdera bus terminus in Jamshedpur. Buses started and reached late.

Head of Ranchi Meteorological Centre Abhishek Anand said they have issued an alert of moderate fog during early mornings in several districts during next 24 hours. According to Anand, night readings in most parts of the state would witness a downward trend during the next two days.

Met data suggested that most districts across the state witnessed minimum readings between 15 and 17 degree Celsius in Tuesday.