False ceiling of Assembly building library caves in due to seepage 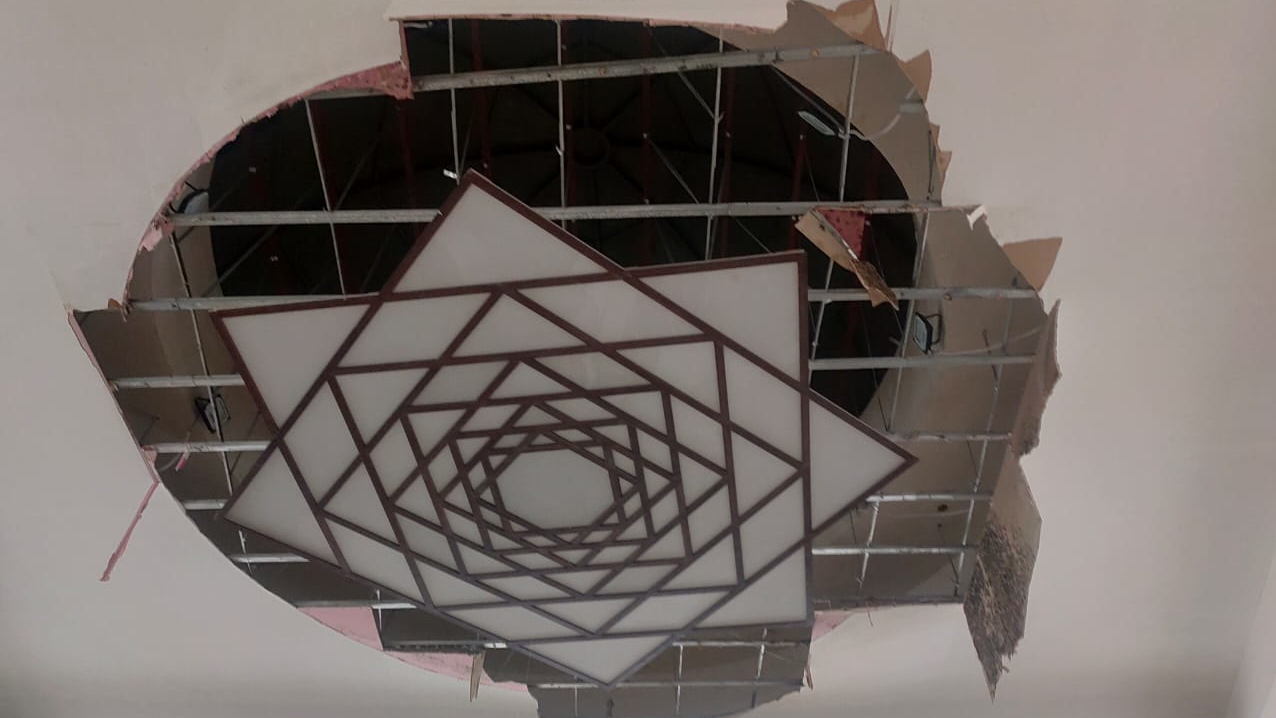 Within a year of its inauguration by Prime Minister Narendra Modi, the Rs 465-crore Jharkhand Assembly building witnessed another mishap with a large chunk of a false ceiling of the library caving in on Thursday following seepage because of the ongoing monsoon downpour, damaging portions of the common study table and few other infrastructure.

While no injury or casualty was reported as the library was vacant when the incident occurred late evening, the episode can become a political hot potato similar to the major fire that had gutted the newly-inaugurated assembly building and damaged the entire infrastructure on the first floor within two months of launch.

Officials in the Assembly secretariat on Friday told The Telegraph Online that they have summoned officials from the building construction department to put things in order after taking stock of the damages.
Assembly secretary Mahendra Prasad said, “A human disaster was averted as the library was vacant when the roof caved in. Seepage seems to be its cause. We have asked the building construction department to probe the mishap and take corrective steps.”

Rajesh Kumar, executive engineer of the building construction department (Ranchi division), too, blamed seepage as the reason. He said, “Since the building has a large dome on it, rain water may have seeped inside the building through it. Usually in any new construction, there are chances of such seepage during first rainfall. We have begun assessing the damages to initiate repairs soon.” 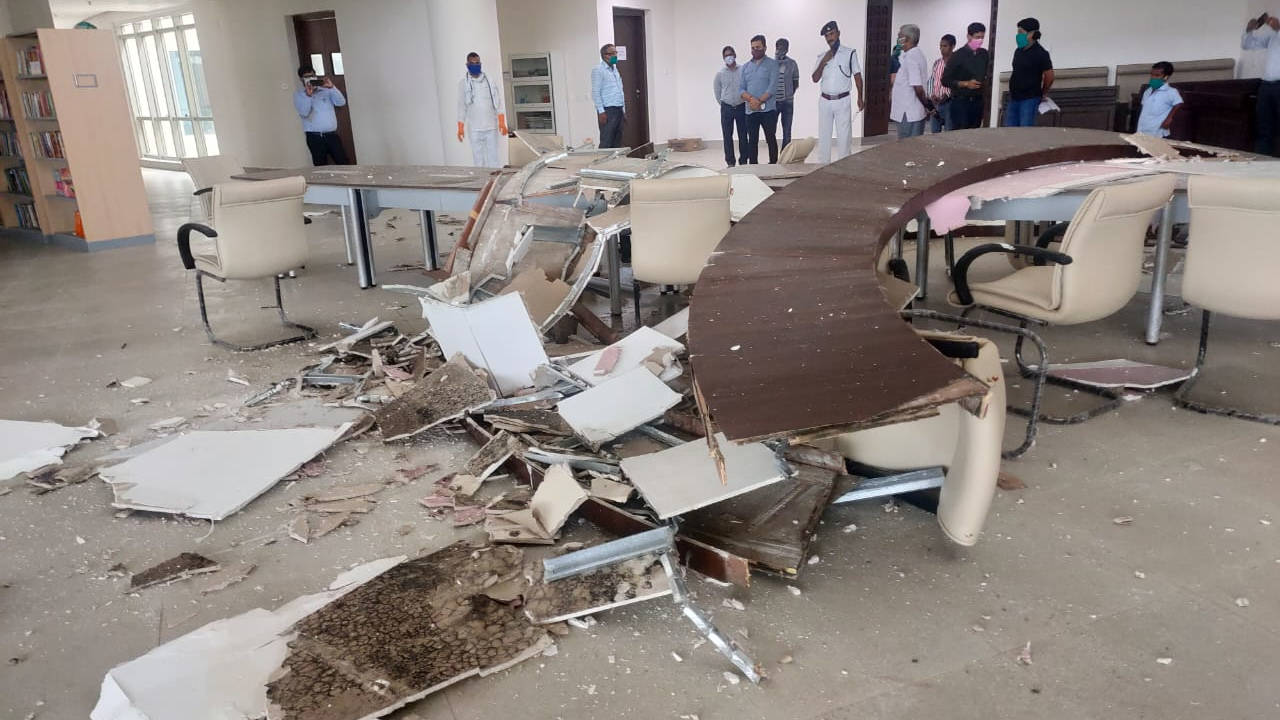 Seven months ago on December 4, a major fire had gutted the newly-inaugurated assembly building, just two months after its grand launch by Prime Minister Narendra Modi in the run up to the 2019 Assembly elections. The incident had prompted the Hemant Soren government to raise question marks over the quality of construction.

The sprawling building, which is spread over 39 acres of land in Kute on the outskirts of Dhurwa. Its foundation stone was laid in 2014 by erstwhile Raghubar Das government and work began in 2016. The dome-shaped building, having a height of 37 metres, partially resembles that of Parliament building, and boasts of manicured gardens, seating arena for 150 lawmakers in the central hall, separate rooms for speaker, chief minister, leader of opposition and legislators, conference hall among others.