Elephants kill another man in Dhalbhumgarh 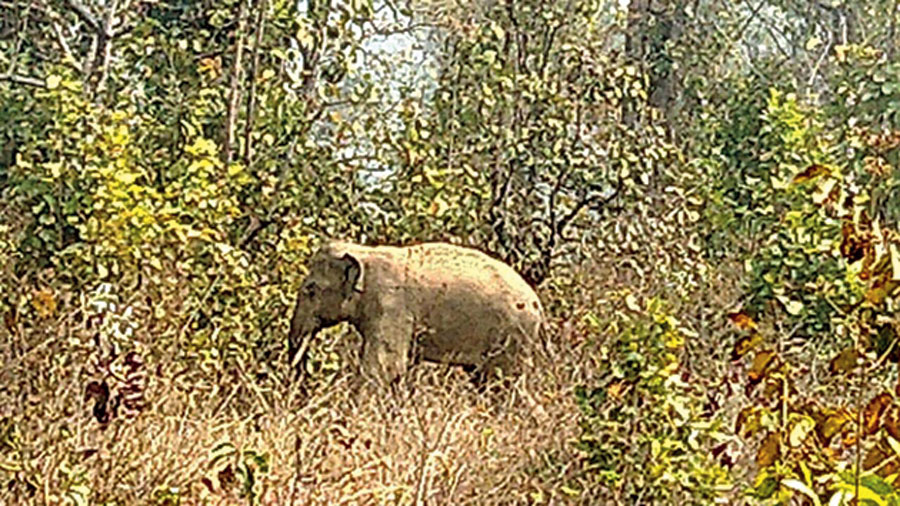 A herd of wild elephants trampled a 28-year-old man to death at Narsinghpur village in in Ghatshila sub-division’s Dhalbhumgarh, around 70km from here, in the small hours of Monday.

The death takes the total number of people killed by elephants during the past two months in the Ghatshila sub-division to five.

The latest victim was identified as Budheswar Singh Sardar, a resident of Narsinghpur, who was returning home on foot around 1am when he was killed.

“There was a patch of forest close to the spot where the villager was trampled to death past midnight,” Jamshedpur divisional forest officer (DFO) Abhishek Kumar told The Telegraph.

Kumar said there were six elephants in the herd which was on its way to Dalma hills from Bengal.

“Dhalbhumgarh, located in the foothills of Dalma, also comes under the Project Elephant area,” the DFO said. “And elephants tend to move comfortably in the forest and its peripheries at night.

The herd which killed the man had drifted close to human habitation probably on being attracted to the smell of country-made liquor prepared from mahua. And as the victim was drunk and was not in his senses at all, he might have not have even seen the herd before he was trampled.”

Kumar said they have paid a portion of the Rs 4 lakh compensation amount to the victim's family after inspecting the spot in the morning.

Movement of wild elephants is on the rise in Ghatshila sub-division, specially in Chakulia, Dhalbhumgarh and Ghatshila block area.

On Friday, a jumbo died in the region after an express train hit it.