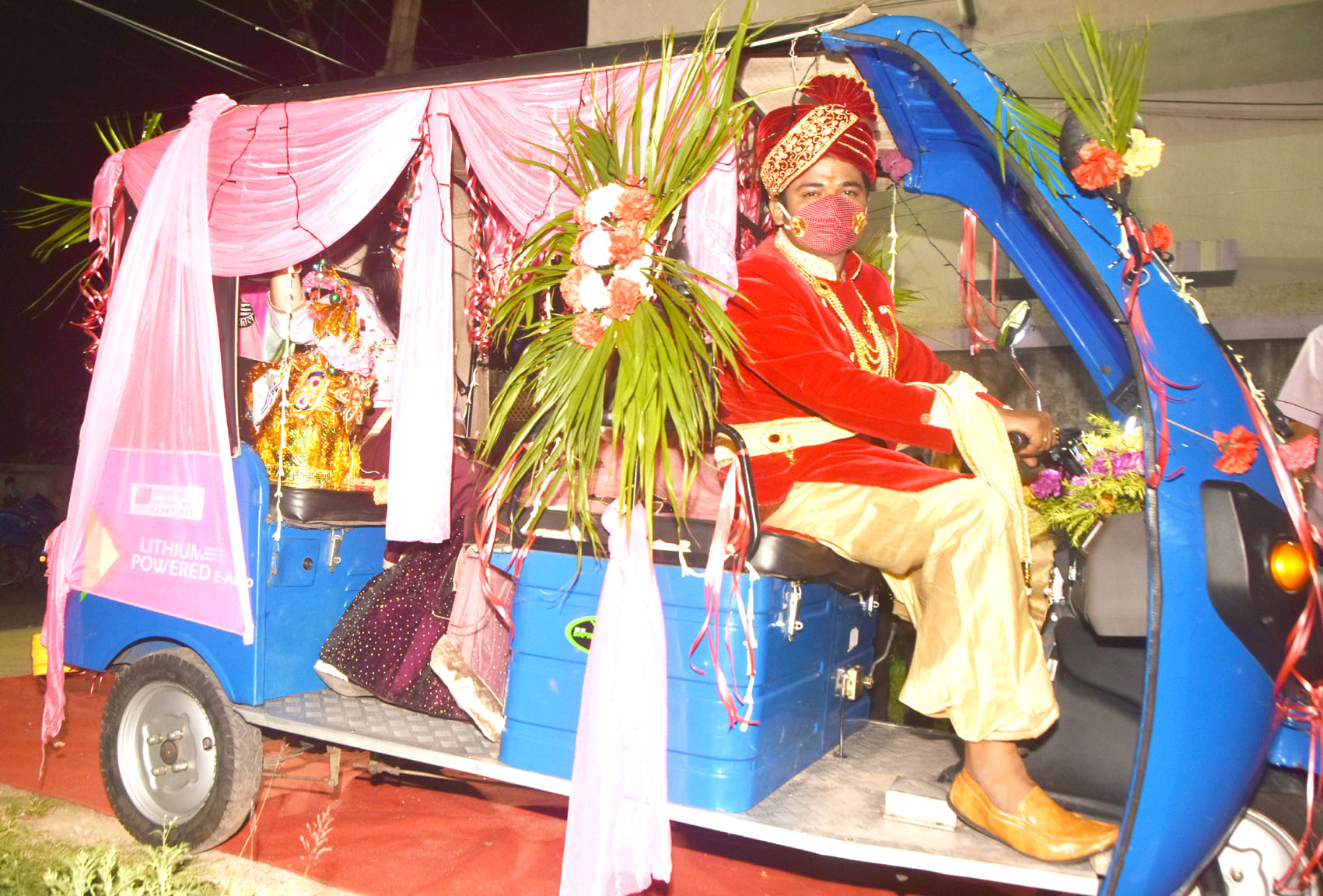 Abhishek Mishra, a vocalist of Indian Idol (2007) fame from Dhanbad, performed the roles of driver, singer and dancer, on his wedding day, to demonstrate the importance of social-distancing and eco-friendly ceremonies.

A resident of Gandhi Nagar of Dhanbad, Abhishek drove a decorated e- rickshaw as part of his baraat (marriage procession), from his residence to the marriage venue at Chanakya Nagar, a distance of 8km, around 10 pm.

“We tried to convey the message that rules can be strictly followed in all circumstances without any excuse,” he said.

Simran is a resident of Patna. 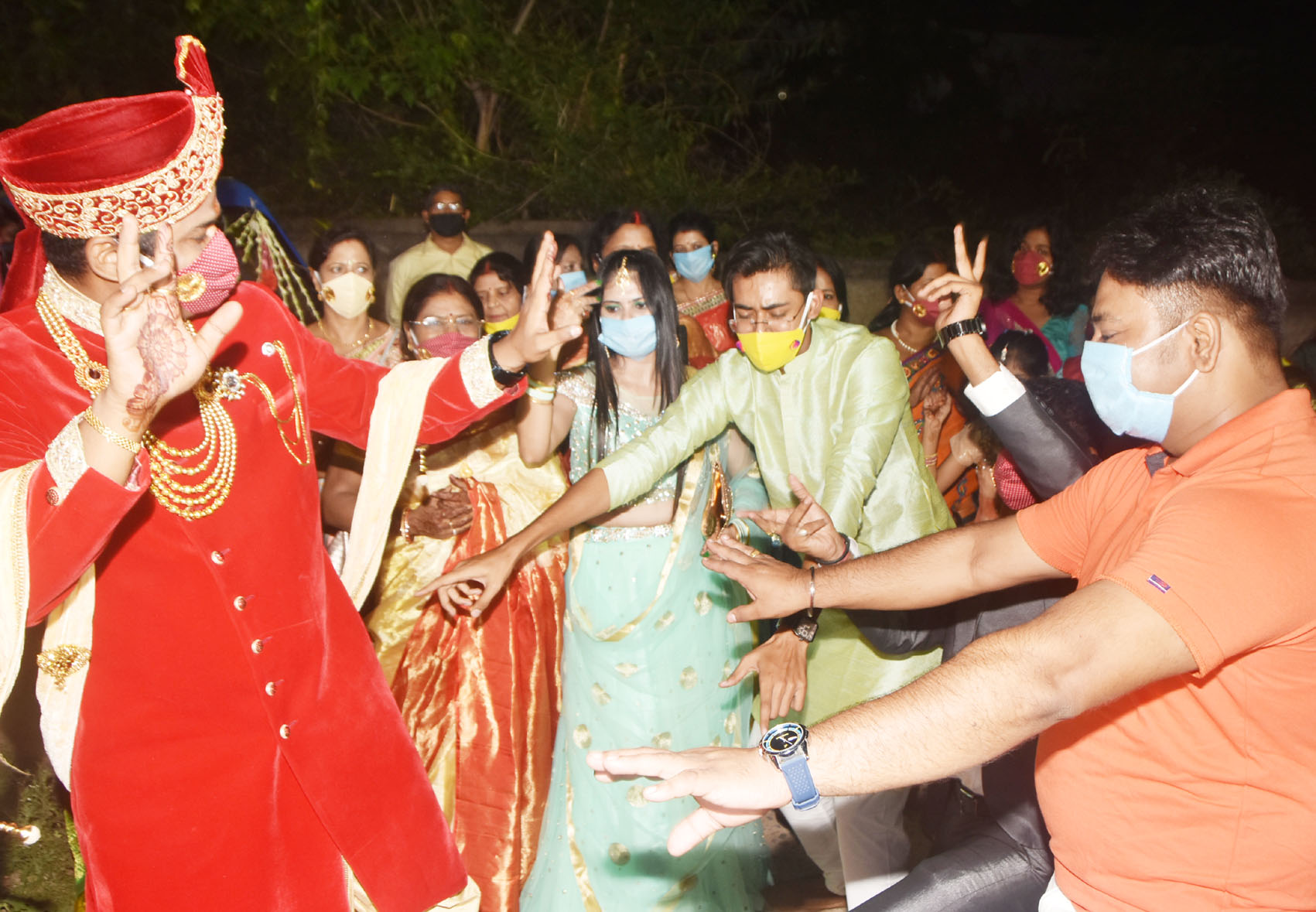 Mishra also sang songs and shook a leg to Bollywood numbers at the venue.

“There were only 40 to 42 persons in the ceremony, around 10 of my family members and six to seven family members of Simran and some family friends,” he said.

An exclusive performer for Sony Music, Mishra, who is also a BTech degree holder in computer science engineering from M Visvesvaraya Institute of Technology, Banglore (2009 batch), said, “I first met Simran in 2015 in my alma mater, during one of my performances. She was a student and took a picture along with me as a fan.”

“I met her again on board a flight in 2016 when she showed me the photograph taken a year ago. We exchanged phone numbers but it was limited to calls and Whatsapp messages till last year, as I am settled in Mumbai while Simran is in Bangalore,” said Mishra.

He said when his mother came to Mumbai last year, he showed her Simran’s photograph and spoke of marriage plans.

“Initially there was some resistance from both the families but gradually everything was settled and we decided to get married this year,” he said.

He added that he arrived in Dhanbad for a performance in March and was caught in the lockdown.

“Our families decided to hold the marriage once there was relaxation in the lockdown and inter-state movement was allowed. Her family members came from Patna and the marriage was solemnised yesterday at my uncle’s residence,” he said.

Mishra said they would stay here for some time as he can’t return to Mumbai.