Schools and colleges shut till January 15; offices, cinemas, restaurants can operate at 50% capacity 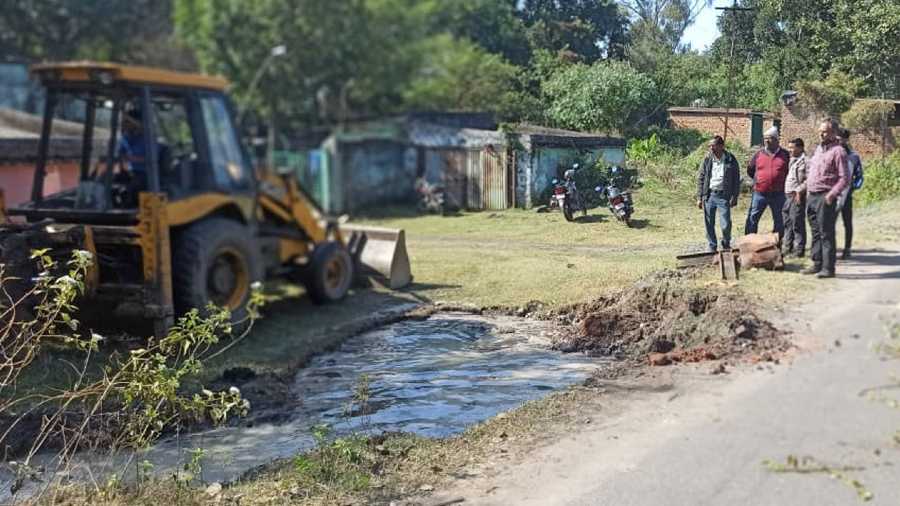 First subsidence of coal town for the year 2022 took place at Modidih Keshalpur road, which falls under Ramkanali police outpost of Katras. The 50-feet deep and 10-feet wide crater formed due to the cave-in created panic among the local residents of the area.

The incident took place at around 8 am, when a loud thud sound was heard by local residents, who on running to spot discovered that a portion of the road had caved in.

Suresh Kumar Mahto, Mukhiya of Jhinjhinipahari Panchayat area, on reaching the spot immediately informed the Ramkanali Police and BCCL management over the phone.

A team of Ramkanali Outpost led by officer-in-charge, Jubel Guriya rushed to the site after half an hour cordoned off the area to prevent traffic movement. They even asked the BCCL management to initiate the filling up operation of the crater.

Following which, a team from BCCL led by Sujit Kumar Dutta, project officer of Shatabdi Open Cast project reached the spot and started the filling up operation. Sand and boulders were used to fill the crater under the supervision of local police.

Talking to media, Dutta, said, “Initial finding suggest there was a bore hole at the site which caved in, thereby, causing a major subsidence”

He added, “Our priority is to fill the borehole using sand, following which the surface will be stabilised boulders.”

Suresh Kumar Mahto, said, “Earlier, private miners operated the coal mines before they were nationalised. This borewell could have been drilled back then.”

“We have requested the BCCL management to fill the crater in the best possible way,” added Mahto.