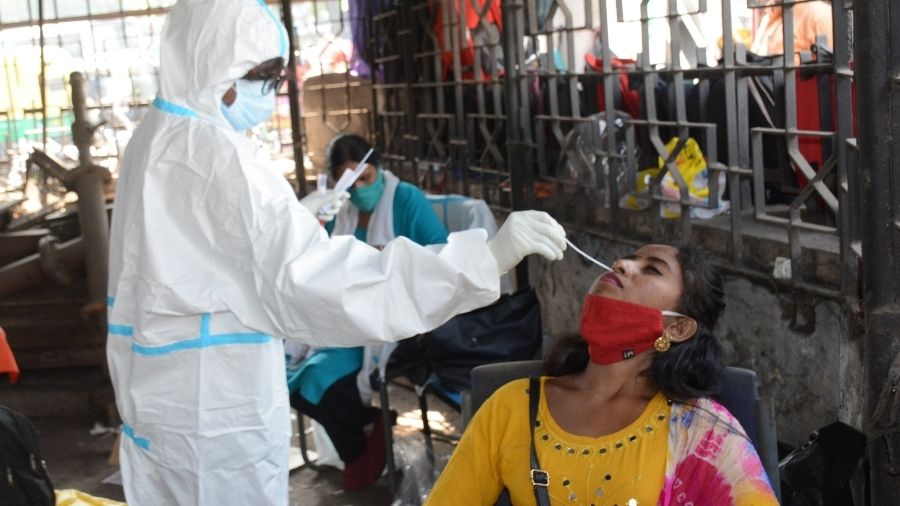 Civic authorities organised Covid-19 tests across several areas of the steel city on Wednesday, the RT-PCR test drive carrying on for a full three hours from 11am.

East Singhbhum district civil surgeon R.N.Jha said , "Each of our teams was  given a target of collecting 200 samples for RT-PCR tests. The test reports will arrive in the next 72-hours."

Jha went on to add that the special drive was carried out following a directive from the state health department.

"Wednesday’s drive was meant for urban areas. It covered men, women and children. A similar drive was carried out in different rural areas of East Singhbhum district on February 8," he said.

Ravi Bharti, an official of JNAC who was deployed at the Sitaramdera Bus Terminus for conducting RT- PCR tests on passengers and bus staff, said, "We completed the target of conducting RT-PCR test on 200 passengers, bus staff and other visitors to the bus terminus. We were targeting those without face masks."