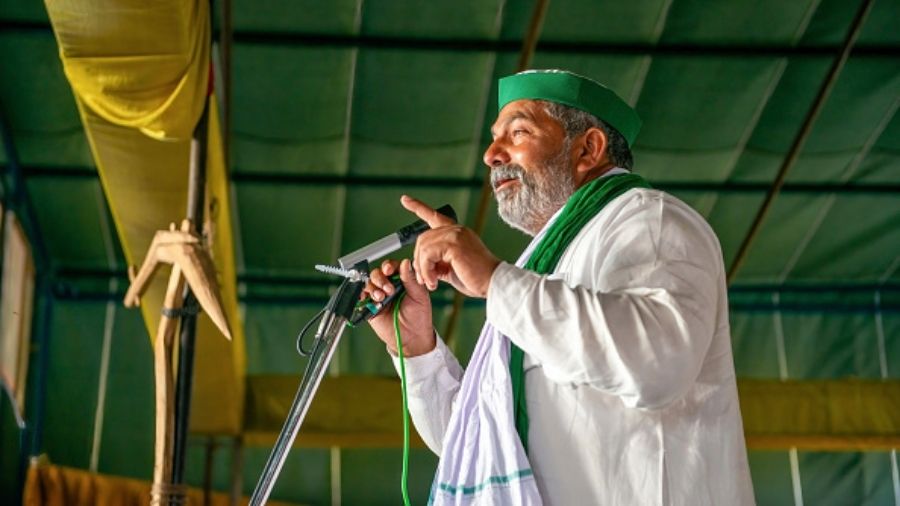 A farmers’ mahapanchayat that was scheduled to be addressed by Bharatiya Kisan Union leader Rakesh Tikait might be marred due to strict restrictions imposed by the Jharkhand government in a few districts amid the second wave of Covid-19, sources in the chief minister's office indicated on Tuesday.

Tikait, along with several other leaders of the Samyukt Kisan Morcha, is set to address kisan mahapanchayats at the industrial hub of Jamshedpur and Khunti, which witnessed tribals’ rebellion as part of the Pathalgarhi movement during the erstwhile BJP rule in the state.

“Rakesh Tikait ji and other leaders  will be holding the mahapanchayat in Jamshedpur on April 18.They will also interact with academicians, trade union leaders, civil society representatives, NGOs and human rights activists in Ranchi on April 19 morning and address the media. They will then  leave for a mahapanchayat at Khunti on the same afternoon, before leaving for Delhi in the evening. The visit of the leaders representing the farmer's movement is to let people know about the demerits of the farm laws and intensify the agitation,” said the convenor of the manch.

Members of the manch, informed that attending of large crowds would be a problem due to the government directive regarding holding such events.

“We cannot have large gatherings due to Covid-19 restrictions. We will adhere to the guidelines and may have to hold the meeting on large grounds to ensure social distancing,” said Prakash Viplav,  representing CITU (Left backed trade union body) and a member of the solidarity front.