Advertisement
Home / Jharkhand / Covid: 25% ventilators given to Jharkhand by the Centre ‘defunct’

Covid: 25% ventilators given to Jharkhand by the Centre ‘defunct’

The state govt has written to the manufacturers of the devices, bought from the PM-Cares funds, requesting them to send teams to make the machines operational 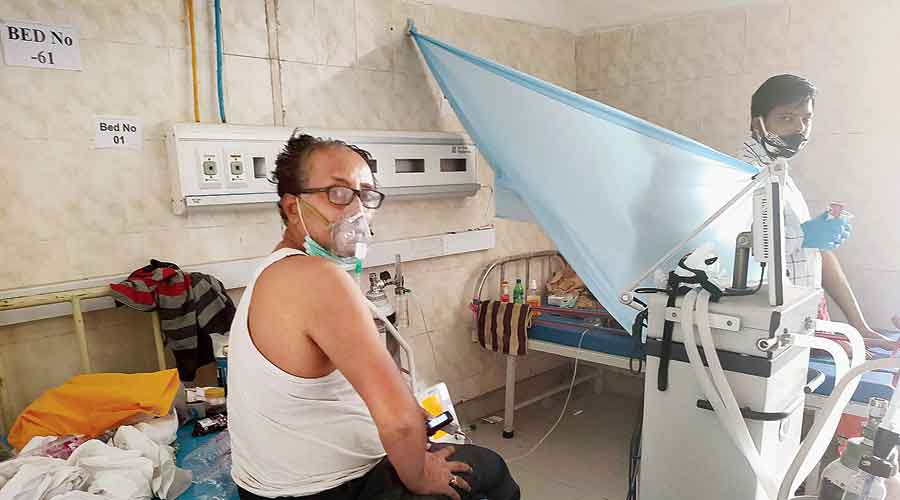 One-fourth of the ventilators given to Jharkhand by the Centre is not functional and requires repair or replacement of missing parts.

The state government has written to the manufacturers of those ventilators, bought from the PM-Cares funds, requesting them to send teams so that such ventilators could be made operational.

Jharkhand received 663 ventilators and the health department distributed those among the districts for using at various heath facilities.

At the time of their installation at different facilities, it was found that 164 ventilators that accounted for 24.73 per cent of the total 663 could not be used as they had either some mechanical defects or some parts missing.

Ravi Shankar Shukla, mission director of National Health Mission, Jharkhand, wrote two separate letters on Saturday to the manufacturers of those ventilators,  Bharat Electronics Limited (BEL) headquartered in Bangalore and AgVa Healthcare in New Delhi,  requesting them “to send additional teams for urgent installation and to replace the dysfunctional ventilators”.

Of the total 663 ventilators received by the state, AgVa Healthcare made 438 and 225 by BEL while those two lots had 139 and 25 dysfunctional ventilators respectively.

Meanwhile, the Jharkhand government has decided to replace home isolation of Covid patients by facility isolation with recoveries outnumbering new positive cases and the number of deaths coming down remarkably, the Covid situation seems to be under control in the state.

The active caseload was further reduced to 3,062 and just one death was recorded in the state on Monday while the recovery rate went up to 97.62 per cent.

Still, the Jharkhand government has decided that all Covid-19 positive patients would be compulsory sent to hospitals or Covid care centres and are not allowed to remain at home unless the authorities consider on case-to-case basis and feel otherwise.

“Though the state is on the declining path of the second phase of Covid-19 pandemic…with easing of restrictions, this is the time to be extremely vigilant for any possible resurgence of Covid-19 cases,” state’s additional chief secretary (health) Arun Kumar Singh said in a letter to the deputy commissioners (DCs) of all the districts last week, advising them to send positive patients to hospitals and not grant any home isolation.

“Not a bad idea,” said a government doctor on the condition of anonymity.

He said the hospitals, unlike earlier, had empty beds now and can accommodate more patients.