Gourav Vallabh is a professor of finance at XLRI 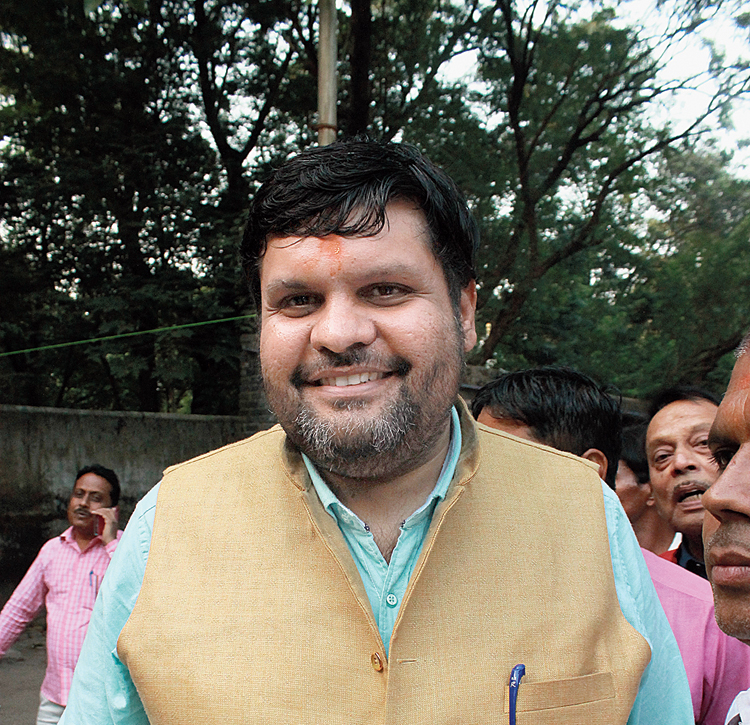 Congress national spokesperson Gourav Vallabh, who is contesting Jamshedpur East, has take the crowdfunding route to meet his campaign expenses.

He is taking help of New Delhi-based start-up, OurDemocracy.in, that enables crowdfunding for political causes.

The 42-year-old professor of finance at XLRI, Vallabh has already received close to 200 contributions amounting to 2.84 lakh since his campaign went live on Tuesday. He has set a target of raising Rs 28 lakh in eight more days.

“I have opted for crowdfunding to make sure my politics is clean and transparent and to let people have an equal stake in my political journey,” he said.

He said his motive behind joining politics was to further the idea of intellectual, inclusive and democratic India with liberal values.

“For communicating this message to people, we need resources and I don’t have the deep pockets that one expects of politicians. My strength is my supporters,” he said.

Vallabh, a strategic and financial analyst, has been associated with various reputed organisations and institutes.

In 2017, he joined the Indian National Congress to serve the public. He quickly rose through the ranks and became a national spokesperson for his party, regularly appearing on television debates.

Bilal Zaidi, a key member of OurDemocracy.in referring to the latest initiative said: “The recent political events in Maharashtra as well as the debate around electoral bonds once again proved that for our democracy to work, we need more transparency and reforms in political financing. Crowdfunding enables a deeper engagement between a candidate and his supporters and we hope more political parties and candidates will embrace transparency in the near future.”

Jamshedpur East will vote in the second phase on December 7.

Heavyweight candidates such as chief minister Raghubar Das and Saryu Roy are also in the fray from that prestigious seat.

There are 13 crowdfunding campaigns from Jharkhand that are currently running on OurDemocracy.in.

Besides Vallabh, OurDemocracy was used by candidates such as Atishi, Kanhaiya, Jignesh, and parties such as Bahujan Samaj Party, CPI, CPI-M, AAP and Congress.

Vallabh is using the social media to popularise his crowdfunding pitch.

He is doing live sessions on Facebook to connect with his supporters and request them to contribute to his campaign.