While the fee for rapid section has been fixed at Rs 500, it is Rs 300 for blitz 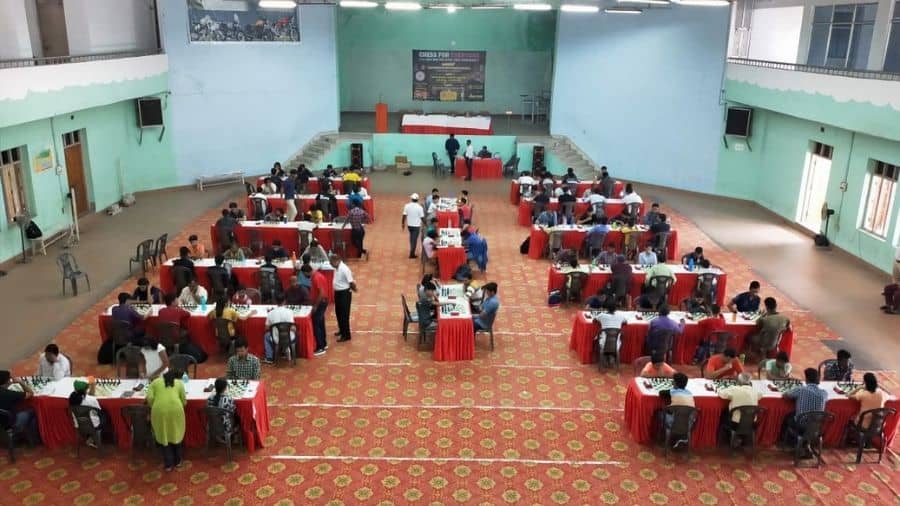 Off-line chess is all set to make a comeback in Jharkhand after a year.

Chaibasa, the district headquarters of West Singhbhum, is hosting the Dr. Shyama Prasad Mukherjee State Open Rapid and Blitz Chess Championship at Birsa Munda Indoor Stadium from March 26 to 28. The three-day event is being organized by West Singhbhum District Chess Association (WSDCA) under the aegis of All Jharkhand Chess Association (AICF). The championship carries a prize money of Rs 58,000.

Rajya Sabha MP Deepak Prakash will inaugurate the event in the presence of WSDCA president Mukund Rungta and other guests.

According to AJCA secretary Neeraj Kumar Mishra, offline chess is making a comeback in Jharkhand after a year. "Like other sports disciplines, Covid had also played spoilsport to chess activities. Now things have opened up and the WSDCA has taken the onus to organise the state championship in Chaibasa. We organised the senior state championship offline in Ranchi in March last year," Misha, an International Master, added.

He said performance of participants at the championship will be the yardstick for selecting the Jharkhand squad for the National Rapid and Blitz Chess Championship. "Contestants from across the state will be displaying their skills during the event," the AJCA secretary informed.

Basant Khandelwal, general secretary of WSDCA, said over phone from Chaibasa, that elaborate preparations have been made to efficiently conduct the championship."

The event will be conducted as per FIDE Laws of Chess and FIDE Swiss System with 9 rounds in rapid with time control of 15 minutes +10 sec. In blitz, the time control will be 03 minutes + 2 sec," he added

He said over 100 participants are expected for the championship. "So far we have received 60 entries. We think Covid fear still persists which would affect the number of entries. But still we are expecting the entries to cross the 100 mark. We'll accept entries till late Friday evening, Khandelwal said.

Winner of the rapid event will walk home with Rs 10,000 and a trophy, while the topper in the blitz section will receive Rs 5,000 and a trophy. Trophies and certificates are also reserved for winners and runner-up in the under-7, 9, 11, 13 and 15 age groups (boys and girls). Two two finishers in veteran (above 60) and women (above 40) will also receive trophies and certificates.

While the fee for rapid section has been fixed at Rs 500, it is Rs 300 for blitz. The participants shall also  have to pay All India Chess Federation (AICF) online registration (www.aicf.in) of Rs 250.