The questioning of Niranjan Tiwari, the chief investigating officer of the case as a witness, also concluded on Thursday 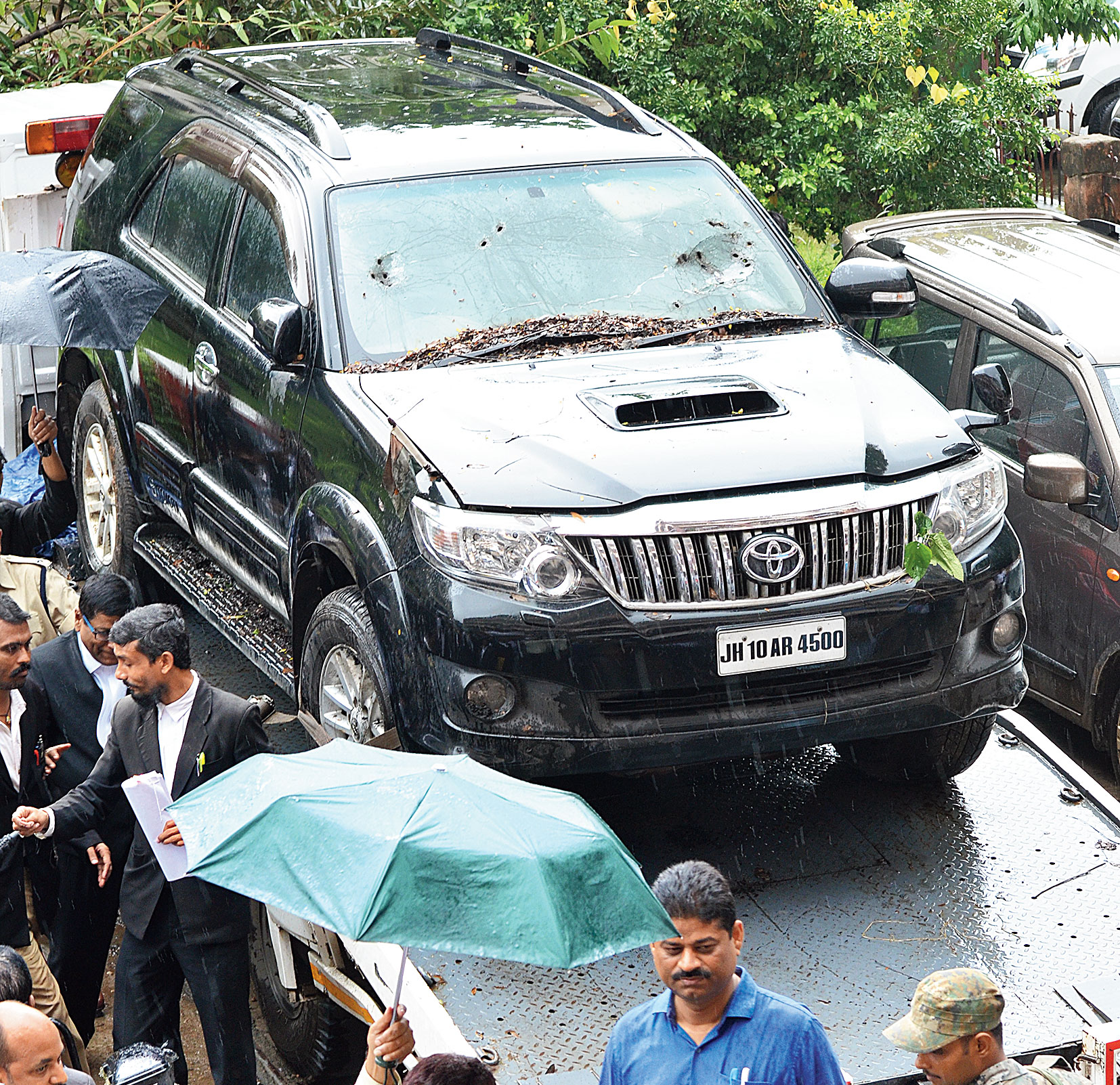 Jharia MLA Sanjeev Singh, lodged in Dhanbad jail in connection with the murder of former deputy mayor Niraj Singh, was on Thursday produced in the court of additional district and session judge XIV of Dhanbad, Alok Kumar Dubey.

The questioning of Niranjan Tiwari, the chief investigating officer of the case as a witness, also concluded on Thursday.

A highlight of the trial proceedings was when the Fortuner car in which Niraj Singh was killed on March 21, 2017, was brought to the court by police as a material exhibit as part of the trial and Alok Dubey came down from his court chamber and inspected the car from all sides and took note of the bullet marks, broken glasses of the car.

Speaking to The Telegraph defence lawyer Md Javed said: “The questioning of Niranjan Tiwari concluded on Thursday in the presence of Jharia MLA Sanjeev Singh and other accused persons, while the cross examination of the investigating officer by the defence side also started on Thursday.” Tiwari was produced as the 35th witness by the prosecution side.

Senior lawyer of Jharkhand High court B.M. Tripathi, who was present in the court representing the defence side for the cross examination of the investigating officer, told reporters outside the court that a writ has been filed in the high court by Sanjeev on September 6 for free-and-fair investigation of the case through the Central Bureau of Investigation (CBI).