Among the buses lying idle, 30 are beyond repair 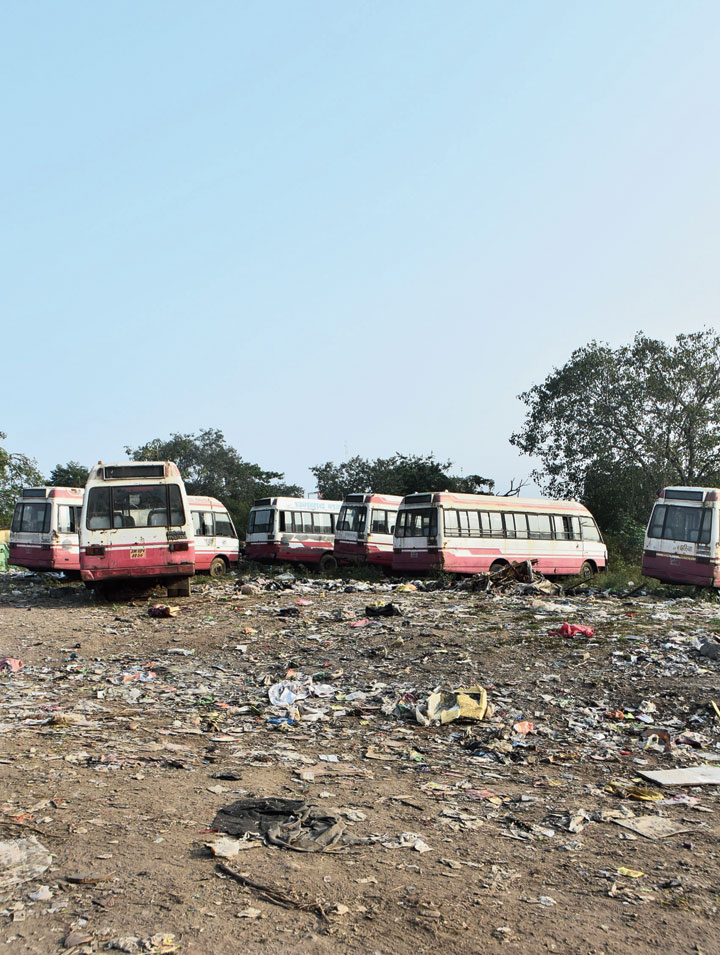 As many as 56 of the 70 city buses, meant for providing affordable means of transport, are rusting away at the Dhanbad Municipal Corporation’s (DMC) parking lot in Bartand, forcing commuters to travel by autos that is both expensive and time-consuming.

At present, private operates engaged by DMC are plying 14 buses on the Dhanbad-Katras route. Among the buses lying 1dle, 30 are beyond repair.

Exasperated at both the state government and the DMC’s inability to repair the buses and make them operational, Siddehshwar Mishra, a retired employee of Fertilizer Corporation of India and a resident of Saharpura in Sindri, said: “We were regular users of city buses ever since the launch of the service in 2010. We used them to travel to Dhanbad and Jharia. Ever since the buses were withdrawn from our route, we find it difficult travelling in autos. Very few autos directly go to Dhanbad. Most of the times, we have to take an auto from Sindri to Jharia and catch another auto to Dhanbad. It takes us over one hour to cover the distance.”

Mishra wondered why the state government was not hiring private agencies to operate the idle buses. “If the government can adopt the outsourcing model in other sectors, why not use it to strengthen the city bus fleet?” Mishra said.

Jignesh Joshi, a lawyer and a resident of Jharia, said: “Many like me are now dependent on autos to commute between Dhanbad and Jharia. In the evening, many auto drivers charge Rs 15 instead of the fixed fare of Rs 12 on the pretext of having fewer passengers, but due to limited options, we are compelled to shell out more money.”

Uday Kachhap, in-charge of DMC’s city bus service, said: “Around 30 of 56 grounded buses have developed major technical snags and are beyond repair. Three months ago, we increased the number of operational buses to 15 from 10. We will have to analyse the financial viability of repairing and operating the buses before increasing the fleet further.”

He said the decision to bring more buses in operation could only be taken at the DMC board meeting, which would be held after the elections results were announced.

The city bus service was launched in Dhanbad on August 9, 2010 by the state urban development department under the Jawaharlal Nehru National Urban Renewal Mission (JNNURM) with 24 buses.

Jharkhand Tourism Development Authority (JTDC) was engaged for operating the buses. Gradually the number of buses increased to 70, but problems such as repeated strikes by drivers and conductors to protest delay in payment, expiry of permits, poor maintenance leading to recurrent snags, and exhaustion of batteries and disputes between drivers and traffic policemen over non-allotment of stoppages regularly stalled operations.

On September 15, 2014, JTDC withdrew from the pact following a state government order. Although several attempts were made to repair and operate the buses by engaging private parties, most buses remained grounded.