Advertisement
Home / Jharkhand / Brace for rain, thunderstorm across the state in next 24 hours

Brace for rain, thunderstorm across the state in next 24 hours 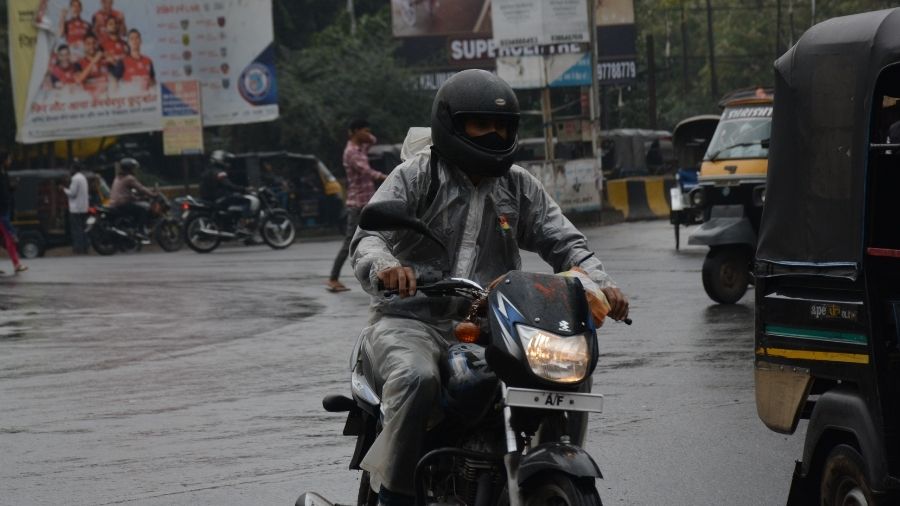 A man drives his bike in a raincoat amid the rains at Sakchi in Jamshedpur on Wednesday.
Picture by Bhola Prasad
Pinaki Majumdar   |   Jamshdepur   |   Published 17.02.21, 09:32 PM

Ranchi and its adjoining areas have been experiencing rain since Tuesday evening as two induced cyclonic circulations, which triggered unseasonal showers and thunderstorms in several parts of the state.

Several places across the state including Ranchi and Jamshedpur on Wednesday woke up to overcast conditions with intermittent rains.

Weathermen issued a forecast of generally cloudy sky with possibility of light rain accompanied by thunderstorms at a few places over northern, central and southern Jharkhand during the next two days.

Both IMD’s Ranchi and Patna Met Centres have issued an alert on possibility of thunderstorm accompanied with lightning and hail in several districts - Chatra, Palamu Lohardaga, Hazaribagh , Ranchi Khunti, Seraikela-Kharsawan, East Singhbhum and West Singhbhum in the next 24 hours.

An alert on thunderstorms accompanied with lightning was also issued for isolated places over central and southern Jharkhand over the next 24 hours.

Kuru in Lohardaga district located in north western Jharkhand topped the rain chart with 6.5 mm of rain while Nimdih in adjoining Seraikela-Kharsawan district followed close with 5.5 mm of rain.

The local IMD observatory in Ranchi recorded 2.6 mm of rain since Tuesday.

Kuru in Lohardaga district located in north western Jharkhand topped the rain chart with 6.5 mm of rain while Nimdih in adjoining Seraikela-Kharsawan district followed close with 5.5 mm of rain.

Several places in Jamshedpur and its adjoining areas on Wednesday morning recorded around 1.5 mm of rain while some places recorded rainfall in traces.

Ghatshila in East singhbhum district recorded 1.2 of rain. Reports of light rain also poured in from several other districts.

The adverse weather resulted in an abrupt rise in night reading across Jharkhand.

Pakur too was warmer at 17.5 degree Celsius while Sahibganj and several other districts in Santhal Pargana region recorded over 16 degree Celsius.

Met data revealed that in most places the minimum reading on Wednesday was three to four degrees Celsius above normal.