Of the three top rankers, one is of Delhi Public School and two belong to Pentecostal Assembly School 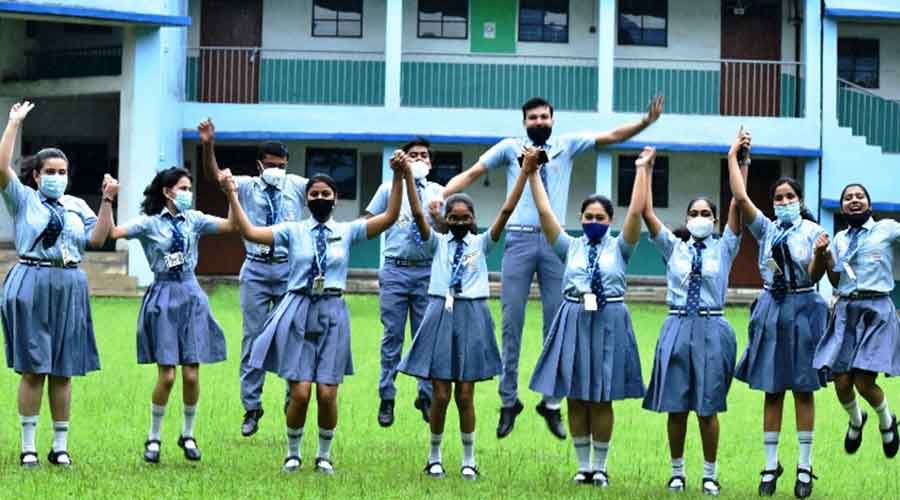 Students celebrate after the CBSE XII results were declared on Friday.
The Telegraph picture
Our Correspondent   |   Bokaro   |   Published 31.07.21, 08:54 PM

More than 200 students scored above 95 percent while around 700 students of eight prominent schools in Bokaro Steel City scored 90 and above in their Class XII results announced by CBSE on Friday.

The students of two educational institutions- Delhi Public School (DPS), Bokaro and Pentecostal Assembly School- have performed exemplary well. Of the three top rankers, one is of DPS and two belong to Pentecostal.

The CBSE 12th results have been prepared in an alternative way as board exams could not be held this year due to a surge in Covid-19 cases. The board had adopted an alternative assessment scheme to finalise the result.

As per the press releases, 78 students of DPS, Bokaro have scored above 95 per cent while 240 students secured above 90 per cent. Khushi Dalmia of commerce section scored 97.8 per cent.

A.S. Gangwar, Principal of DPS Bokaro, said students were worried that CBSE had to drop board exams this year due to the surge in Covid-19 cases but an alternative was formulated based on the continuous and comprehensive performance of the students.

“Despite online classes, our students have done well,” he said.

Around 43 students of Pentecostal Assembly School scored above 95 per cent and 91 students have obtained 90 per cent and above. The two students Nandini Nischal and Priya Kumari scored 98.2 per cent in science stream in Pentecostal.

Karuna Prasad, principal of The Pentecostal Assembly School said the praiseworthy performance was all possible due to the combined effort of the school administration, the teachers and the students.