Deceased, apparently from a well-to-do family, had henna on her hair, say police 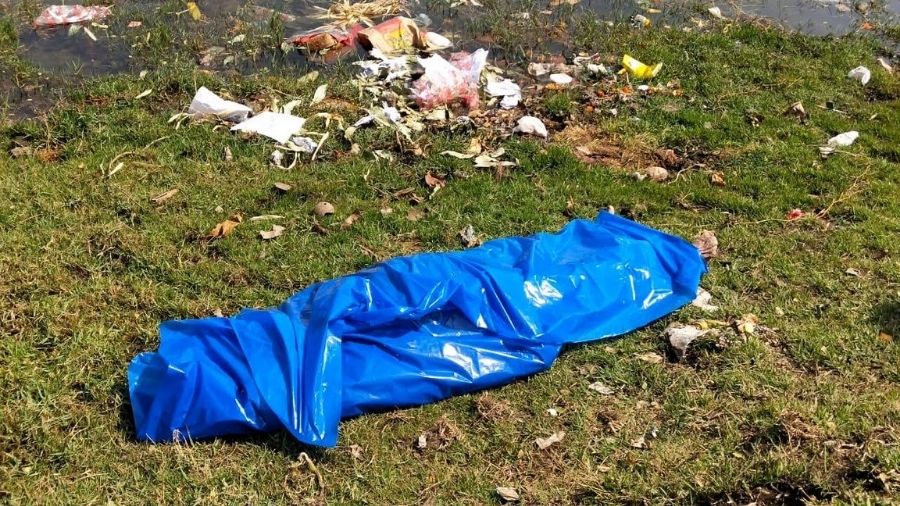 The body of an unidentified woman wrapped with a plastic sheet near a pond at Telco in Jamshedpur on Friday.
Picture by Animesh Sengupta
Kumud Jenamani   |   Jamshdepur   |   Published 26.02.21, 07:12 PM

The body of a middle-aged woman was found mysteriously floating in a pond near Indian Wire & Steel Products (IS&WP) company in Telco on Friday afternoon.

She has not been identified, the police said.

A team of officials from the Telco Police Station rushed to the site soon after passers-by noticed it when the body popped up on the water surface at around 12:30 pm, and spread the information.

A huge crowd gathered as police fished out the body, but nobody could identify the woman, who appeared to belong from a decent family and had henna (dye) on her hair.

Telco Police Station OC Ajay Kumar confirmed it to be a case of drowning, but said it was surprising that no one could identify the body.

"In the first case, the woman, apparently from a well-to-do family, was unlikely to have to come to the pond to use its water. Secondly, it is unlikely of anybody to come and get their hair washed at such a faraway place," Kumar told The Telegraph Online.

The OC said if the deceased was a local resident then someone must have recognised her.

"As there is no mark of injury on the body, we cannot confirm it to be a case of murder either. We have therefore shifted it to the MGM Medical College mortuary where the body will be kept for the next 72 hours for identification and autopsy," Kumar added.