Tirkey writes to President, PM and home minister on Swamy

Charging the social worker with anti-national cases is to silence voices of dissent, says Congress MLA 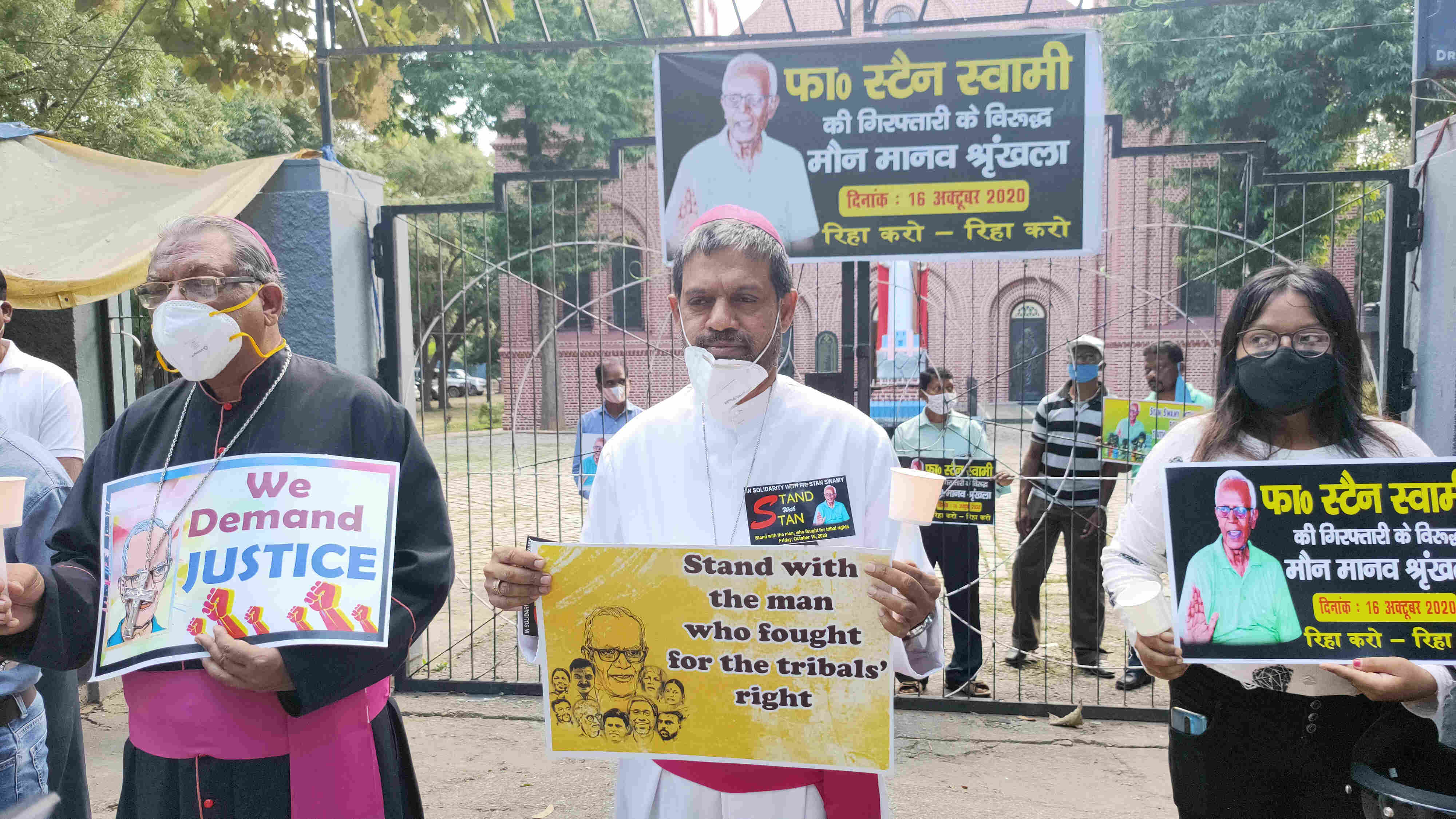 Mandar MLA Bandhu Tirkey joined the league of protestors fighting for the release of 83-year-old tribal and social rights activist Stan Swamy on Sunday by writing letters to the President, Prime Minister and Union home minister, demanding revocation of cases against the octogenarian priest in the interest of healthy democratic values.

Tirkey also called for amendments in NIA’s rules and regulations so that the state government’s consent is made mandatory before any coercive action is taken against anyone in future.

Backing Swamy and his body of work, Tirkey, who joined the Congress this year, stated that whoever knows Swamy, or has worked with him, would vouch for his integrity and commitment towards tribals, Dalits and other marginalised sections of society.

“He has dedicated his life fighting for the oppressed and has been at the forefront of their causes. He has also been a strong advocate of Panchayats Extension to the Scheduled Areas (PESA) Act in the state, which is aimed at empowering tribals and forest dwellers. Not only this, through decades-old research and work at the grassroots, he has been sensitizing people about basic constitutional rights. Charging him with anti-national cases to silence and threaten voices of dissent is a black mark on democratic values,” he wrote.

Tirkey also accused Maharashtra police and NIA for wrongly implicating Swamy, and many like him, under the influence of their political masters. “All cases filed against intellectuals, writers, social workers and rights activists in the name of Bhima Koregaon probe should immediately be revoked and they be released,” he pleaded.

Ever since Swamy’s arrest, several rights bodies have been holding protests and demonstrations across the state to demand his release. The Catholic Churche in Jharkhand has also thrown its weight behind Swamy, denouncing NIA’s action by forming a 5km-long human chain on Friday as a symbolic protest against the actions of the Centre and its agencies.