At 71, steel city veteran gears up for national meet 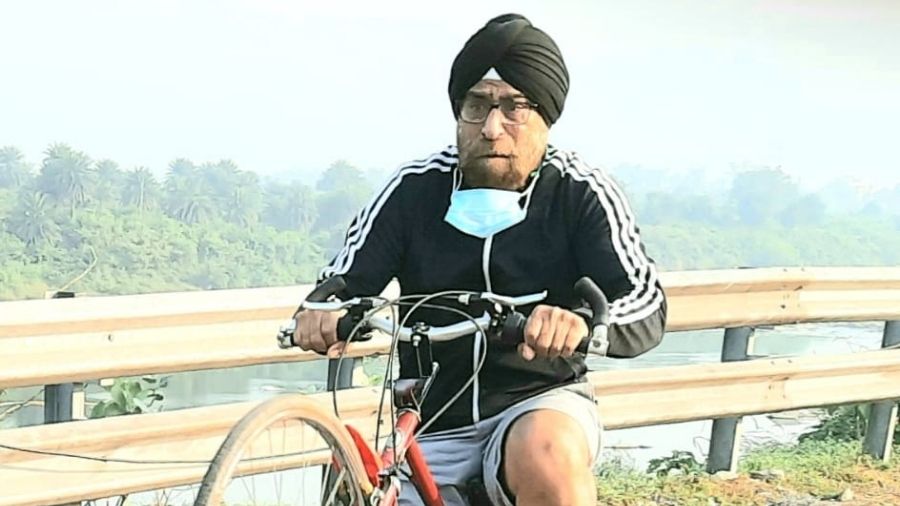 At 71, Avtar Singh is gearing up  to make an impression at the inaugural National Veterans Sports & Games Championship Khel Mahakumbh to be held at Nashik, Maharashtra from April 8 to 11.

The septuagenarian, a resident of Sonari locality in Jamshedpur, is preparing for the event in earnest interest. The zeal and excitement is also not amiss as he pedals on the Marine Drive in the evenings and also does some light stretching exercises.

Singh, who used to participate in javelin at university level, practices the sport at Joggers’ Park in Sonari.

“I’ll use all of my experience in both cycling and javelin at Khel Mahakumbh,” the veteran said.

Singh, a seven-time national cycling champion, will be competing in cycling and javelin throw during the Khel Mahakumbh.

"I will be trying my luck in 30 km and 50 km road cycling as well as javelin throw. I am gearing up and would leave no stone unturned to make an impression. I am very excited and looking forward to the event with a positive frame of mind," Singh, who runs Jeevika, a school for intellectually impaired, said. His wife Sukhdeep Kaur is the secretary of the school.

Asked if he feels fit, he said barring a slight issue in the calf muscle, his fitness is okay.

"I think pain in the calf muscle would subside by the time I reach Nashik. I will be borrowing a racing cycle from one of my acquaintances at the competition venue," Singh said.

Singh led the Indian cycling team in the 1982 Asian Games in New Delhi and has been adjudged fastest cyclist of the country several times.

Singh sustains on a simple diet and lives a balanced lifestyle.

"One has to make adjustments when age is advancing. I am happy with my life and would carry on working for the cause of special athletes. Smile on their (special athletes) face gives me immense satisfaction," he added.

He is the only trainer from Asia invited as a technical official for three Special Olympics World Summer Games in Shanghai (2007), Los Angeles (2015), Abu Dhabi (2019) by the Special Olympics Games organising committee.