Results on November 10; JMM, Cong to contest one seat each 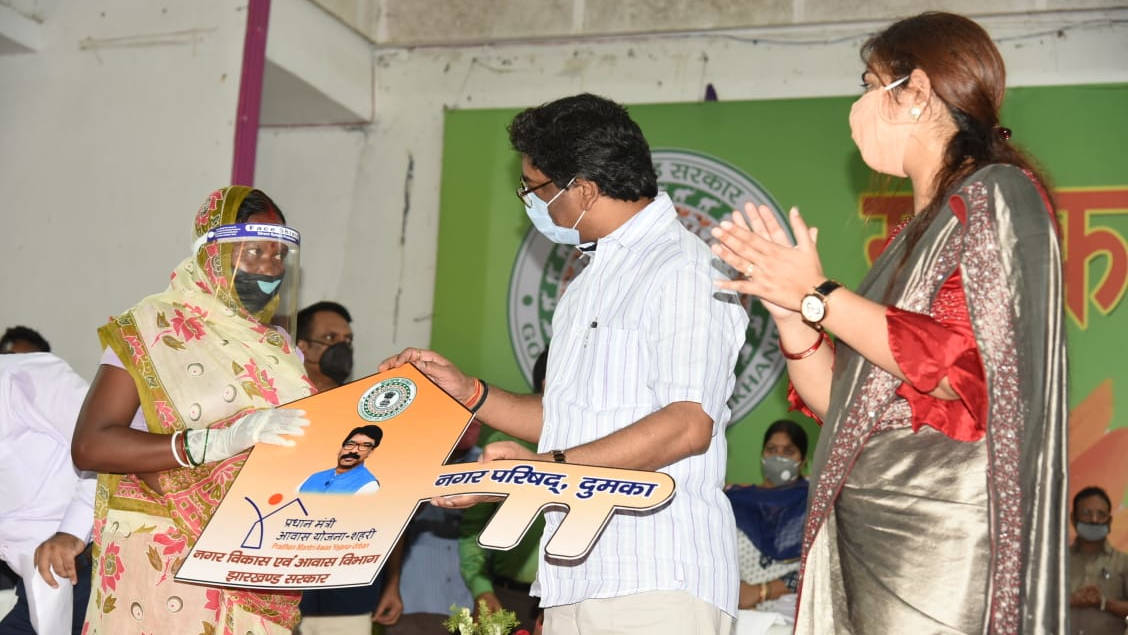 Chief minister Hemant Soren with beneficiaries of social welfare schemes during his tour of Dumka in the second week of September.
Telegraph picture
Our Correspondent   |   Ranchi   |   Published 29.09.20, 07:59 PM

By-elections in Dumka and Bermo will be held on November 3, Election Commission of India (ECI) announced on Tuesday.

As per the schedule, an official gazette notification will be issued on October 9 and the last date for nominations will be October 17. The last date for withdrawal of names is October 19. Counting will be held on November 10.

The Dumka Assembly seat fell vacant after chief minister Hemant Soren vacated it to retain Barhait. On the other hand, bypoll is necessary in Bermo because of the demise of sitting Congress MLA Rajendra Prasad Singh in May.

For the ruling grand alliance of the JMM, Congress and RJD, the bypolls will also be litmus test of its popularity since the formation of the Hemant Soren-led government in January. On the other hand, Opposition BJP will go all out to queer the pitch of the alliance, hoping to corner it on the issue of job losses because of the pandemic.

While the JMM will contest Dumka, considered a traditional bastion of the party, ally Congress will put up a candidate in Bermo.

Currently, the ruling coalition has 47 MLAs in the 81-member Assembly with an effective strength of 79. JMM has 29 MLAs, Congress 17 and RJD 1. This apart, two former JVM-P MLAs—Bandhu Tirkey (Mandar) and Pradeep Yadav _ (Poriyahat) joined the Congress after the Assembly polls of December 2019, taking the total count of MLAs of the ruling dispensation to 49.

The BJP on the other hand has 26 MLAs after Babulal Marandi merged his party with the saffron camp, while AJSU-P has two seats, taking the NDA’s count to 28.

Both the camps are upbeat. JMM general secretary Supriyo Bhattacharya said, “We shall win Dumka with a record margin like we did in 2019, running on the government’s good work despite all-round challenges and non-cooperation from the Centre in timely issuance of funds to tackle Covid-19.”

He said the JMM had already begun preparations, mobilising foot soldiers and finalising strategies to take on the Opposition. The Congress, too, has focussed all its energies in Bermo. Last month, state party president Rameshwar Oraon and other senior leaders undertook several field visits there.

BJP will continue to bank on “Modi magic” in the upcoming bypolls. “In the last eight months, the Hemant Soren government has thrown the state into lawlessness because of lack of governance. There is all-round unemployment. Also, the state has failed to effectively handle Covid-19. We will approach voters with these issues. We will also talk about Narendra Modi’s historic achievements for all sections of society,” said BJP spokesperson Pratul Shahdeo.