3 cheers for Jamshedpur FC, here's why

JFC won 3-1 to make it to the third spot 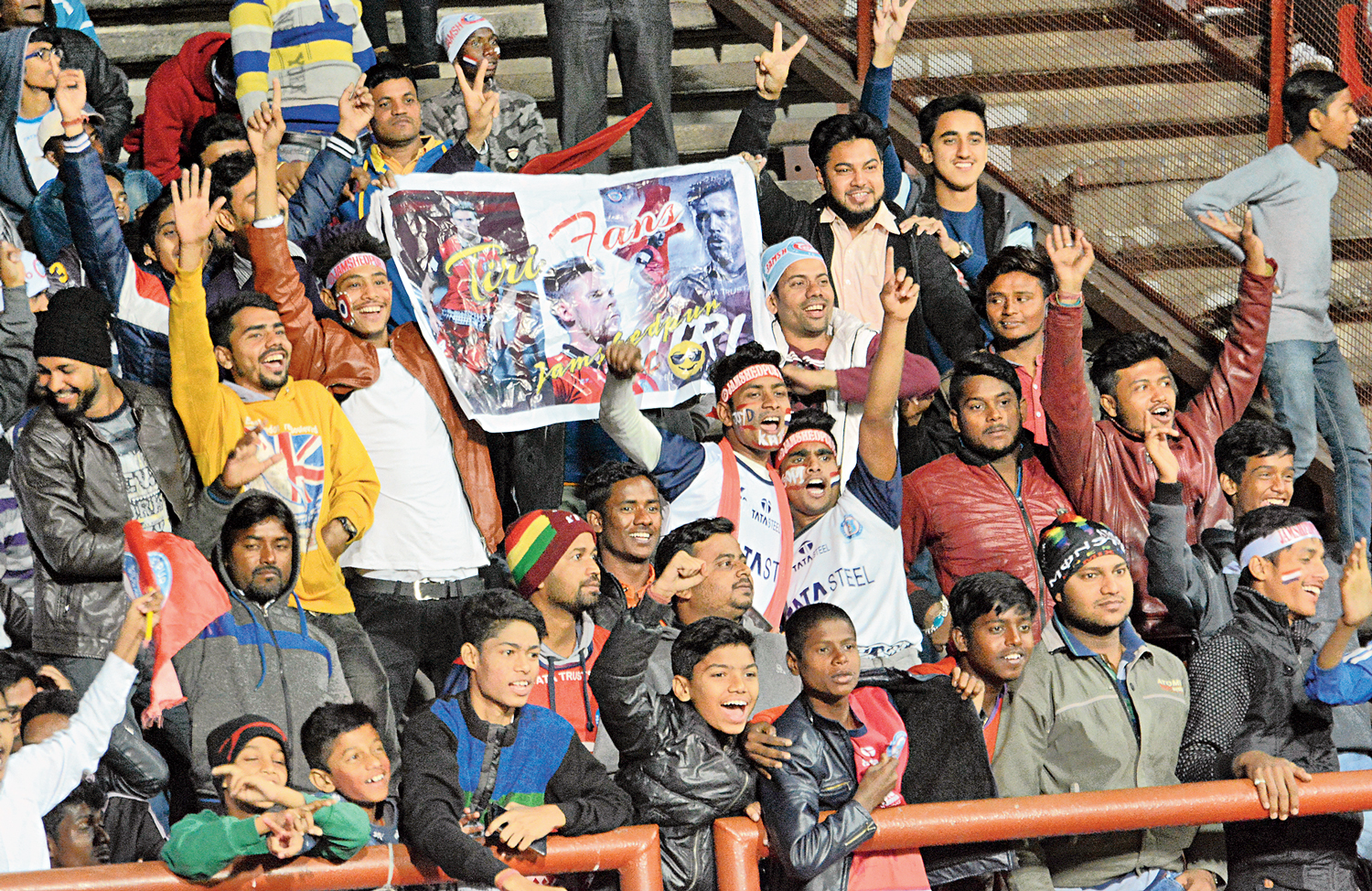 When the going gets tough, the tough, well, play harder. With a little help from their fans.

Over 23,000 fans, many with face paint, posters and lit-up phone torches cheered JFC playing against Chennaiyin FC in a crucial match for both teams at JRD Tata Sports Complex on Sunday evening.

As the home team won 3-1 to make it to the third spot, all thanks to Spanish players, the words of Mukta Senapati, a Bistupur homemaker and recent football convert, rooting for JFC with family from the northern stands of the stadium, had been proven prophetic.

“We had thrashed FC Goa 4-1 in the last home match on November 1. I am sure of an encore this time,” she had told this paper before the match. When reminded that JFC had lost the last match to Pune FC in a nail-biting finish, she’d smiled, “We’ll win.”

Spaniard Pablo Morgado’s 14th minute goal for the JFC after a rebound from a corner kick got the boisterous crowd rooting for César Ferrando’s team. In the 29th minute, another Spaniard Carlos Calvos converted a penalty.

That the Tata Steel-owned club was 2-0 up before half-time set the tone for things to come.

Sumit Prasad, a law graduate who watched the match from the southern stands, broke into a jig after the first goal like many others to songs belted out by Tata Steel rock band Blacksmith. Half an hour later, he was still dancing. “JFC fans are like long-duration batteries,” someone quipped. Soccer fans clapped for goalie Subrata Paul for saving three goal-threatening saves.

Head coach Ferrando was seen rooting for his boys.

In the 68th minute, Chennai’s Raphael Augusto reduced the margin via a penalty. JFC’s Aussie legend Tim Cahill missed an open net to score in the 70th minute but Spanish midfielder Mario Arques made amends with a deft right footer from a header in the 71st minute.

Amid deafening roars, Pratik Sinha, a Sonari businessman watching the match from the upper eastern end, predicted, “We are winning for sure. Our defence is great, the attack is an asset.”

Anita Das, who works for an ancillary unit in Adityapur, said this was her first ISL match. “I’m lucky for JFC,” she joked after the match. “Best evening in a long time.”