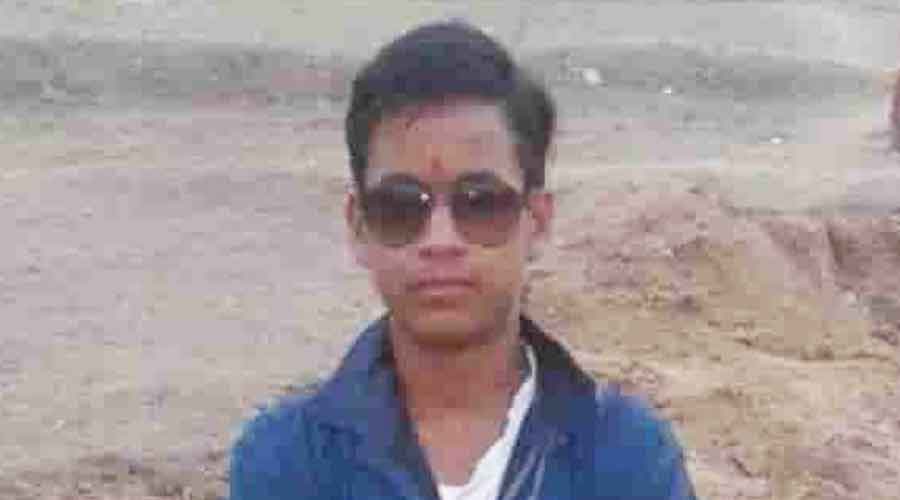 A 21-year-old youth was shot dead on Sunday night in Kasiyadih village of Katkamsandi block in Hazaribagh.

Nikki Pandey went to the market to purchase groceries in the evening at around 7pm. His parents kept waiting for him but he didn’t return till 10pm. At 10:30pm, his father accompanied by local villagers started a search for him. Soon they found his dead body lying in a pool of blood near a crematorium, a kilometre from the house. Police was informed after which the dead body was sent for post mortem to Hazaribagh medical college and hospital.

Police team visited the spot in the morning. An assistant sub-inspector who was on the spot said three bullets pumped by the killers into his body, one in head and other two in stomach. According to him, circumstances confirmed that Nikki was killed when he was on way to his house from his bike.

Officials said the way Nikki was killed suggested some serious issue between him and the killers. Police are working different angles. 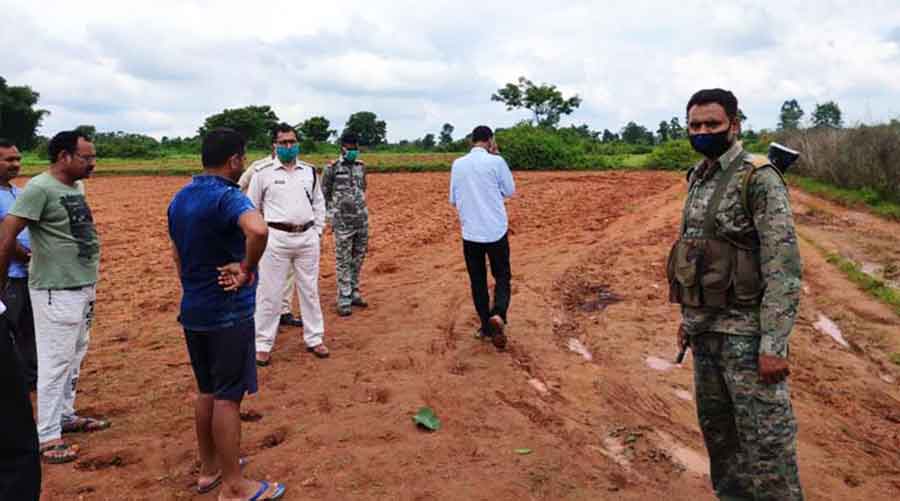 Police on the spot where dead body of Nikki Pandey was found in Hazaribagh on Monday.
Picture by Vishvendu Jaipuriar 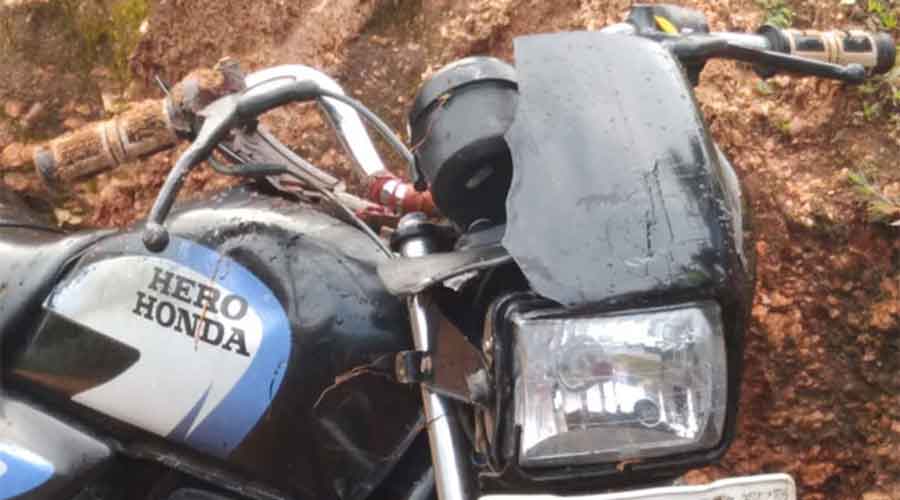 Bike of Ramjanam Singh recovered from Chalkusa in Hazaribagh on Monday.
Picture by Vishvendu Jaipuriar
Murder in Dumdum area

Chalkusa police found the dead body of a 25-year-old on Monday morning. Ramjanam Singh was a resident of Jai nagar in Koderma district. Police said his face has serious injuries indicating that he was murdered. Police said they were trying to establish contact with his parents after which investigation will move ahead. The dead body was sent to Hazaribagh medical college and hospital for postmortem.

Mohammad Junaid, 13, committed suicide on Monday evening in his house at Chudihar mohalla of Chatra town. Junaid's father Mohammad Abadullah Ansari is a para teacher. Junaid's mother went into his room at 8pm after he didn't reply to her call and found him hanging from the ceiling fan.

Junaid,was taken to Sadar hospital but he was declared dead on arrival. Family members said they have no idea as why he committed suicide.

BJP leader Sunil Ram died in a road accident while returning to his residence in Telaiya town on Sunday night. Ram was in the stone chips business in Koderma. Police officials said he was returning to his Bishunpur residence at around 11:30pm when his car overturned at Maheshpur chowk.

Locals pulled him out of the car and took him to Parvati nursing home. Doctors declared him dead on arrival. BJP district president Nitesh Chandravanshi termed his death an unfortunate incident and a loss to the party. He was a nice man and a social worker beside an active leader of the party, he added.

No breakthrough in Godda rape case

Godda police is yet to achieve any breakthrough in connection to the rape and murder of a 14 year old deaf and mute girl Balbada police station area.

The victim’s body was found on Sunday morning from a government school campus in Simanpur village. Godda SP Y.S. Ramesh said that investigations were underway and they are taking help from forensic experts to crack clues to nab the culprit. He however said that four persons have been detained on Sunday night on initial suspicion and questioning is underway.

“The case will be cracked soon,” he said.

Altogether 71 persons were discharged today from different Covid Treatment facilities of Dhanbad including 39 from dedicated Covid health centre at zonal training institute of railway at Bhuli, 31 from Sadar Hospital of Dhanbad and 1 from Jagjivan Nagar. The discharged persons will have to remain in home quarantine for 14 days.

A CBI court on Monday provided relief to former Urban Developement Minister of Jharkhand Bachcha Singh  in connection with a case of forcible release of his younger brother, Ramadhir Singh from police Custody in Jharia.

Bachcha Singh, who was then Urban Developement Minister of Jharkhand forcibly released Ramadhir Singh when a Police team arrested him from trade union, Janta Mazdoor Sangh office of Jharia in2003 in connection with the murder case of a coal trader.

The CBI court while hearing the appeal of Bachcha Singh, quashed an earlier order of the Court of Sub Divisional Judicial Magistrate of Dhanbad of Shikha Agarwal of March 20 which awarded him one year of rigorous imprisonment.  Singh was on bail in the case.

The court however could not provide relief to Ramadhir Singh who was also awarded the same punishment by same court. Ramadhir is already serving a jail term for the last three years in connection with the murder case of trade union leader, Vinod Singh in Hotwar Jail.

The incident took place over the issue of war of supremacy. Janta Mazdoor Sangh has called for a bandh in the mining patch while Dhullu Mahto supporters were demanding uninterrupted operation in the Colliery.

Baghmara DSP, Nitin Khandelwal who reached the site said "some gunshots were fired from both the sides but nobody was injured in the incident and our priority at present is maintaining  normalcy”.