The BJP is likely to nominate its own former Speaker, K.G. Bopaiah, for the chair 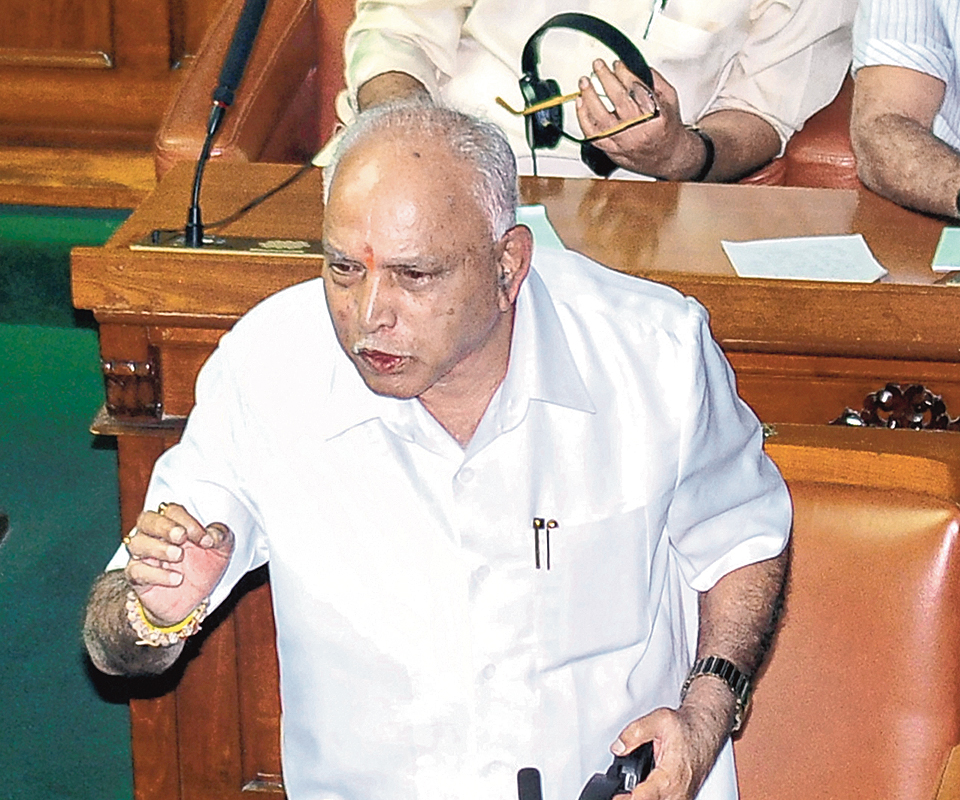 Kumar resignation comes a day after he had finished disqualifying all the 17 rebel MLAs from the Congress-Janata Dal Secular combine whose abstention from a previous trust vote had helped the BJP topple the coalition government on July 23.

The BJP had been planning to move a no-confidence motion against Kumar. The ruling party is likely to nominate its own former Speaker, K.G. Bopaiah, for the chair.

Yediyurappa won the floor test by a voice vote within 45 minutes of moving the confidence motion. There were no lengthy debates, unlike those that preceded the July 23 trust vote. The BJP has 107 votes in the House against the Congress-JDS alliance’s 101.

The Assembly passed the Finance Bill as well — with Yediyurappa obtaining its permission to present a supplementary budget after three months — before Kumar surprised the members by handing his resignation letter to deputy Speaker Krishna Reddy.

Known to go by the rulebook, Kumar had angered the BJP by first allowing the previous trust motion, moved by Yediyurappa’s predecessor H.D. Kumaraswamy, to be debated for four days and then disqualifying all the 17 rebel MLAs.

Before quitting his post, Kumar urged the House to pass a resolution on what he said were much-needed electoral reforms and send it to the Centre.

“There is no point talking about corruption without electoral reforms, which are necessary to win the people’s faith,” he said.

Kumar urged the House to consider what changes the Tenth Schedule of the Constitution might need to contain defections like the ones that brought down the previous government.

“All of us know that the Tenth Schedule has got to be stronger to avoid the state of affairs that we faced recently,” he said. 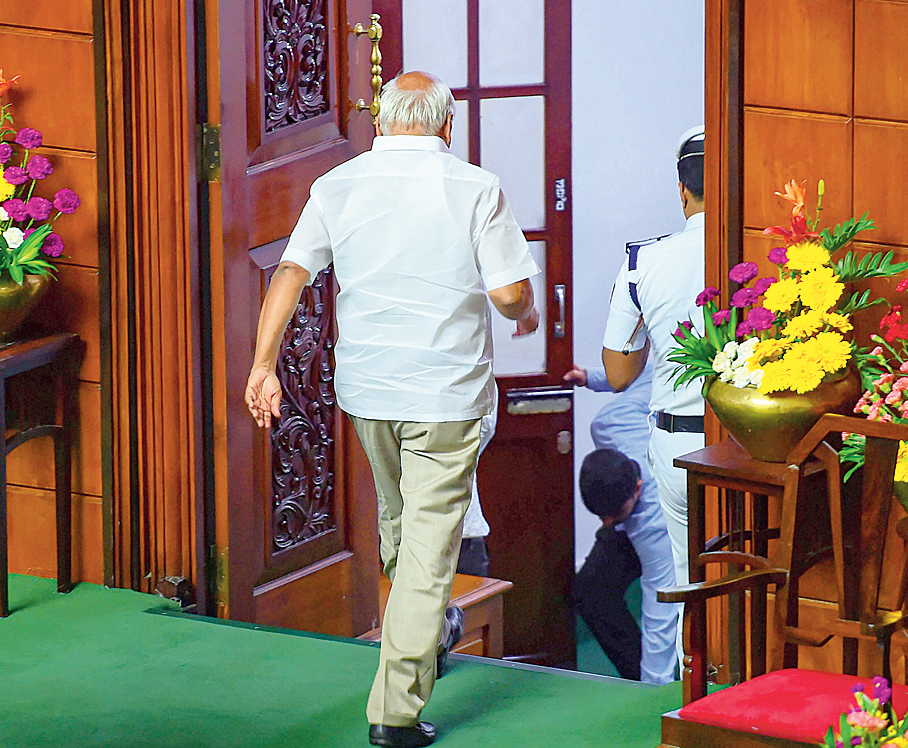 Kumar always mentioned former chief minister Devraj Urs as his mentor and had a habit of quoting the socialist politician Madhu Dandavate and judicial luminaries such as V.R. Krishna Iyer on issues relating to the Constitution.

Before allowing Yediyurappa to move the confidence motion, Kumar had requested the House to conclude the proceedings quickly since he had a flight to catch to attend the funeral of S. Jaipal Reddy, who had passed away in Hyderabad on Sunday.

With the new government in place, the rebels who had brought the Kumaraswamy government down have begun returning to the state from Mumbai, where they had been holed up after handing in their resignations early this month.

“The Speaker (Kumar) disqualified us because he is a Congress politician. We had anticipated that he would disqualify us,” Congress rebel S.T. Somashekar told reporters.

He accused senior state Congress leaders of having prodded the rebels to quit and topple the coalition government.

“Our own leaders wanted us to resign and topple the government as they feared the Congress would suffer at the grassroots if we continued with this coalition,” Somashekar saod.

But he didn’t say who had funded the rebels’ stay in the Mumbai hotel for so many days and who had paid for the chartered aircraft that had ferried them between Bangalore and Mumbai.

A BJP source said Yediyurappa might travel to Delhi on Tuesday to finalise his council of ministers.