Malik is at present lodged in Kot Balwal jail in Jammu 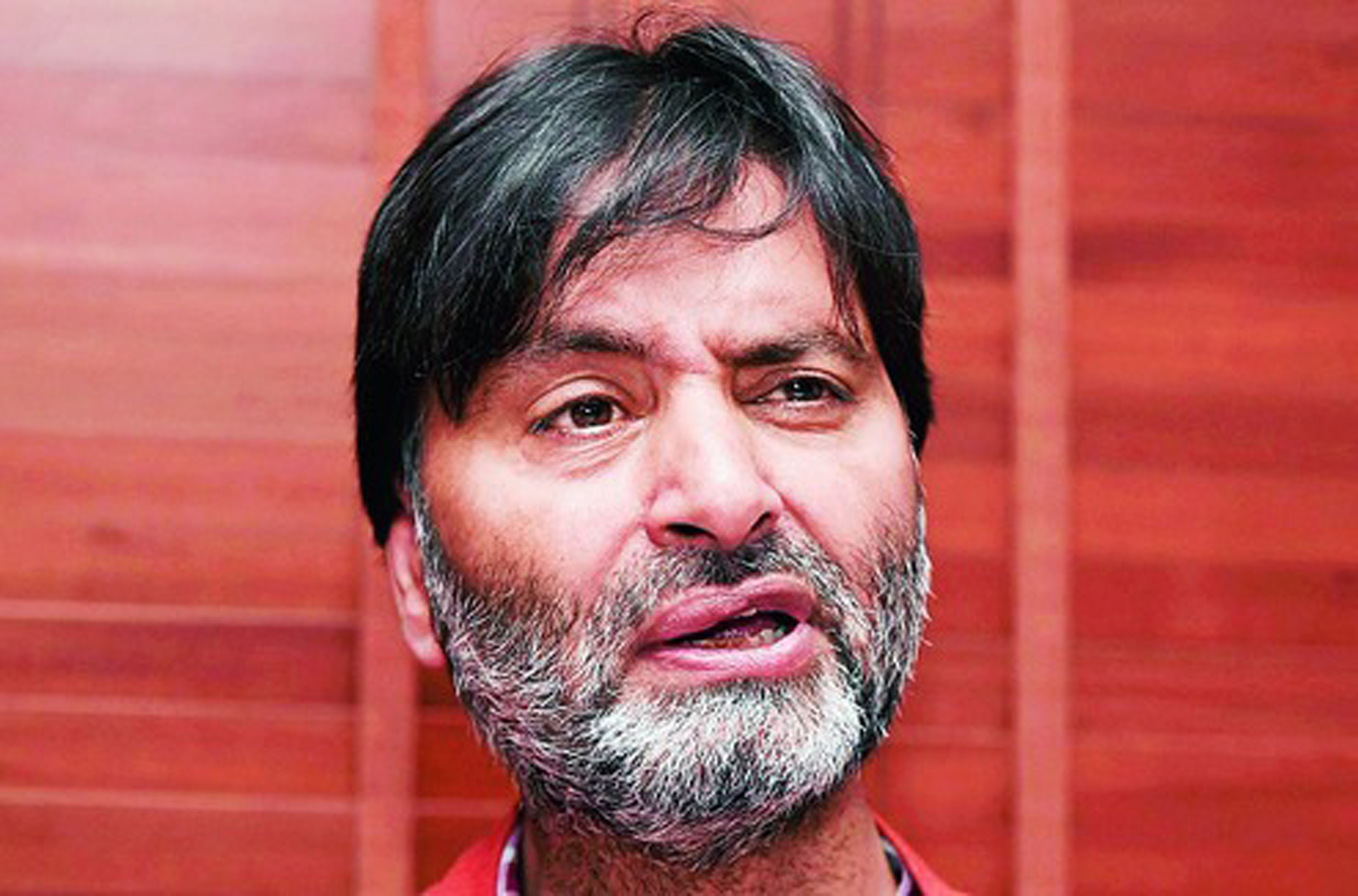 The Yasin Malik-led Jammu Kashmir Liberation Front (JKLF) was banned on Friday for a series of violent acts and being in the forefront of separatist activities in the militancy-hit state since 1988, Union Home Secretary Rajiv Gauba said.

Listing out its subversive and violent activities, Gauba said the JKLF spearheaded the separatist ideology in Kashmir Valley and the action was taken following the “zero tolerance” policy of the central government against terrorism.

“The JKLF has many serious cases registered against it. This organisation is responsible for murder of four Indian Air Force personnel and kidnapping of Rubaiya Sayeed, daughter of the then Union Home Minister Mufti Mohammad Sayeed in the V P Singh government,” he told a press conference here after a meeting of the Cabinet Committee on Security took the decision to ban the separatist group.

Gauba said the central government has followed the policy of “zero tolerance” against terrorism and has acted strongly against terrorists and the securities forces have been given free hand to deal with terrorism.

“The central government, in its pursuit of strong action against terrorism, has today declared JKLF (Yasin faction) as an unlawful association under the provisions of Section 3(1) of the Unlawful Activities (Prevention) Act, 1967,” he said.

Gauba said the central government is committed to relentlessly pursuing the policy of curbing the activities of secessionist organisations which are threat to the unity and integrity of the country and the NIA and the Enforcement Directorate are taking strong action against these organisations.

“The JKLF is also responsible for illegal funnelling of funds for fomenting terrorism. The JKLF is actively involved in raising of funds and its distribution to Hurriyat cadres and stone-pelters to fuel unrest in Kashmir Valley as well as for subversive activities.

“Activities of the JKLF pose a serious threat to the security of the country and are prejudicial to the territorial integrity and sovereignty of India. The organisation has been actively and continuously encouraging feelings of enmity and hatred against the lawfully established government as well as armed rebellion,” he said.

Malik is at present lodged in Kot Balwal jail in Jammu, and is likely to face trial in the three-decade-old case of kidnapping of Rubaya Sayeed and gunning down of four IAF personnel in Srinagar.

The JKLF was founded by Pakistani national Amanullah Khan in mid-1970 at Birmingham in the United Kingdom and came into prominence in 1971 when its member hijacked an Indian Airlines plane flying from Srinagar to Jammu.

The NIA has also registered a case against the JKLF, which is under investigation. It is evident from these that JKLF continues to be actively engaged in supporting and inciting secessionist and terrorist activities.

The organisation was also involved in the kidnapping and killing of Ravindra Mhatre, an Indian diplomat posted the UK, in 1984. A week later, India executed Maqbool Bhat, a JKLF activist, who had been sentenced to death.