Advertisement
Home / India / Will not join any other political party and remain independent: Yashwant Sinha

Will not join any other political party and remain independent: Yashwant Sinha

Asked if he is in touch with the TMC leadership, the opposition candidate in the recently held presidential poll replied in the negative 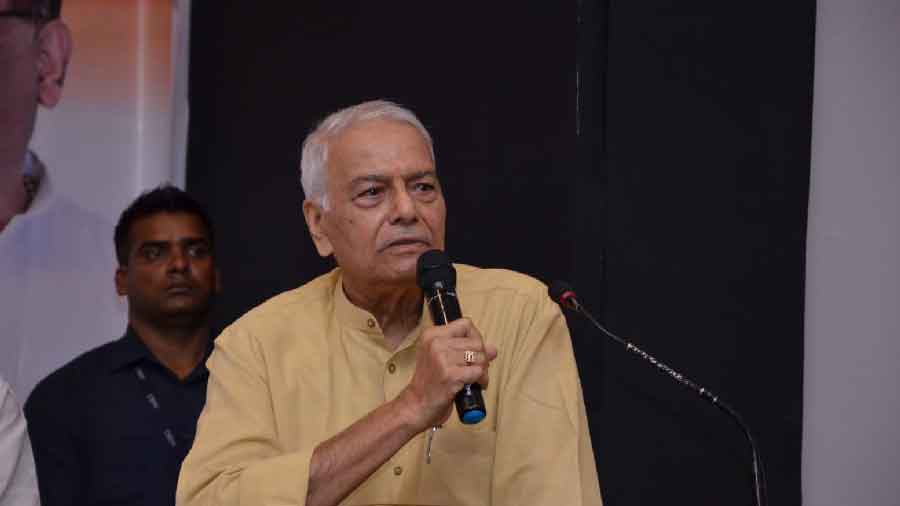 Former Union minister Yashwant Sinha, who recently lost the presidential poll as an opposition candidate, on Tuesday said he will not join any other political party and remain independent.

Sinha, 84, also said he is yet to decide on what role he wants to play in public life going ahead.

"I will remain independent and will not join any other party, Sinha, who had quit as Trinamool Congress national vice-president ahead of the presidential election," told PTI.

Sinha was the joint nominee of non-BJP parties, including the Congress and the TMC.

NDA candidate Droupadi Murmu, who won the presidential poll, took oath as the 15th President of India on Monday.

Asked if he is in touch with the TMC leadership, Sinha replied in the negative.

"Nobody has spoken to me; I have not spoken to anyone," he said, adding, he has been in contact with a TMC leader on a personal basis.

"I have to see what role I will play (in public life), how active I will be. I am 84 now, so these are issues; I have to see how long I can carry on," the former finance minister said.

Sinha, a bitter critic of the BJP, had joined the TMC in March 2021, days ahead of the West Bengal Assembly polls.