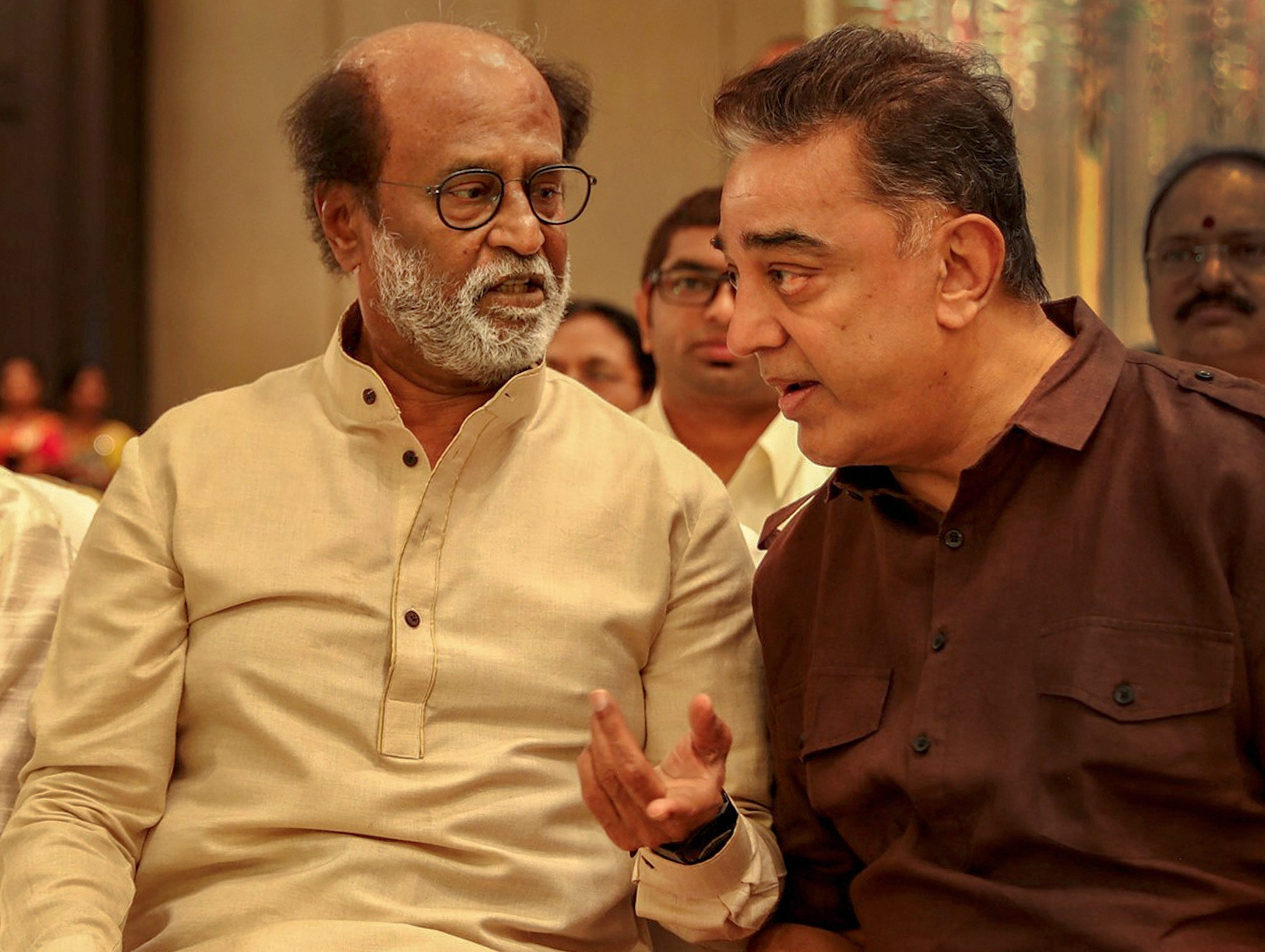 Kamal Haasan, the actor who heads Makkal Needhi Maiam, and Rajinikanth during the wedding of Rajini's younger daughter Soundarya in Chennai on February 11.
PTI
PTI   |   Chennai   |   Published 17.02.19, 08:56 AM

Tamil superstar Rajinikanth, who floated his outfit Rajini Makkal Mandram as a precursor to launching a political party, on Sunday made it clear he would neither contest the forthcoming Lok Sabha polls nor support any party.

He appealed to the people of Tamil Nadu to vote for a party who they believe would be able to bring a permanent solution to the water crisis in the state. 'I am not supporting anyone and no one should use my picture or outfit's flag for political campaign purposes,' he said.

Rajinikanth, who turned 69 in December 2018, announced his political entry on December 31, 2017, while interacting with his fans in Chennai.

He had then said his to-be-launched political party will contest in all 234 Assembly segments in Tamil Nadu during the next polls in 2021.