Advertisement
Home / India / Will question Kejriwal even if 1,000 cases registered against me: Bagga

Will question Kejriwal even if 1,000 cases registered against me: Bagga

Was it my fault to ask him about action against drug mafia and separatists raising slogans of Khalistan in Punjab, says Delhi BJP spokesperson 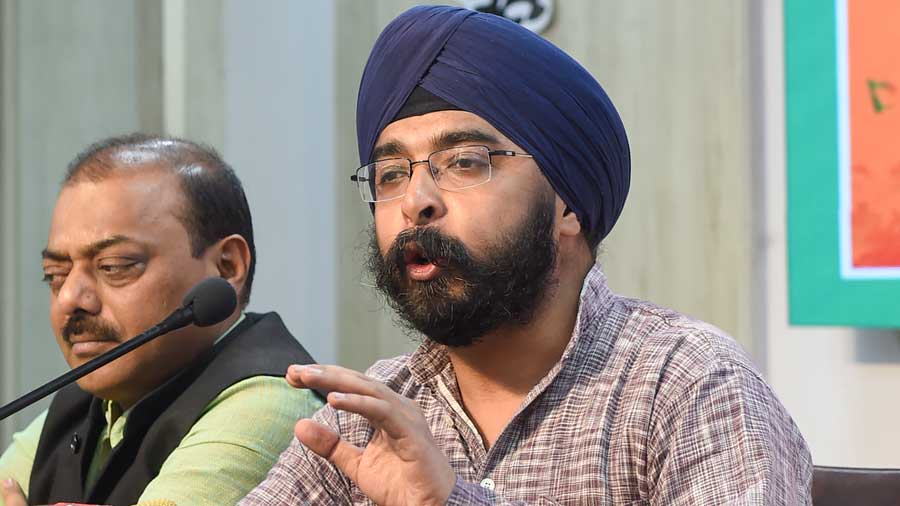 BJP leader Tajinder Pal Singh Bagga on Wednesday said he was arrested by the Punjab Police "like a terrorist" for asking AAP chief Arvind Kejriwal about his promises to act against the accused in the Guru Granth Sahib sacrilege case, drug mafia and Khalistani separatists in the state.

Holding his first press conference after his dramatic arrest that saw the police forces of Punjab, Haryana and Delhi in a tussle, Bagha asserted he will continue to ask Kejriwal questions about his promise to act against those who dishonoured the Guru Granth Sahib in Punjab, drug mafia and separatists raising slogans of Khalistan in the state.

"I will continue to ask Kejriwal questions whether one or 1,000 cases are registered against me," said Bagga at the Delhi BJP office.

In a dramatic turn of events, Bagga was arrested by the Punjab Police from his Janakpuri residence here last week. A case of kidnapping was registered by the Delhi Police and he was brought back to Delhi from Kurukshetra where the Haryana Police had stopped their Punjab counterparts.

"I was arrested like a terrorist. Was it my fault to ask Kejriwal about his promise to arrest accused in Guru Granth Sahib sacrilege, was it my fault to ask him about action against drug mafia and separatists raising slogans of Khalistan in Punjab," the BJP leader said.

The Haryana and Punjab High Court on Tuesday directed Punjab Police not to arrest Bagga till July 5.

Gupta greeted Bagga and extended his thanks to the court, top BJP leaders and police from Delhi and Haryana who supported the "fight for justice".

"I want to ask Kejriwal how come he has changed himself although he had come to change the politics. The real face and character of Kejriwal has come before the people," he said.

Kejriwal could have used the Punjab Police to act against the drug mafia and rein in activities of separatist elements in the state but he went after Bagga who asked him questions, Gupta said.

The whole of BJP stands with Bagga, he added. Verma said no one can defeat Bagga because he always says and does the right thing.