When Unnao pleas to even Supreme Court didn’t help 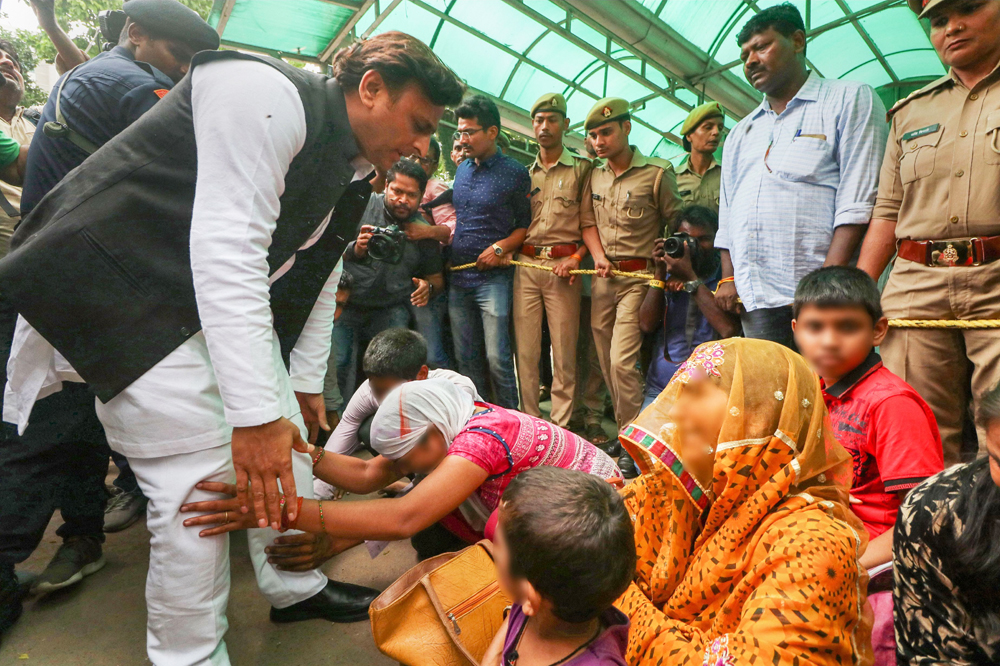 The Unnao rape victim’s family had approached the Supreme Court twice this year for help but the appeals appeared to have been sucked into bureaucratic quicksand.

The rape victim and her mother had sent a joint letter to the Chief Justice of India on July 12, a little over a fortnight before a truck rammed into the car in which the daughter was travelling and grievously injured her.

In the letter, they had implored Chief Justice Ranjan Gogoi to provide adequate security to the family, saying they were being constantly threatened and intimidated by the followers of rape-accused BJP legislator Kuldeep Singh Sengar. The BJP suspended the jailed MLA from the party on Tuesday.

Written in Hindi, the letter complained that their tormentors had bragged that several of her relatives could be implicated in false cases.

The relatives include the rape victim’s jailed uncle whose wife was killed in Sunday’s collision, which took place when the family was returning after visiting him in a prison near Rae Bareli in Uttar Pradesh.

However, sources said the letter did not reach the Chief Justice until Tuesday afternoon. The Supreme Court registry, whose support staff are supposed to forward such letters to judges, has not yet clarified when it received the letter dated July 12.

Justice Gogoi is understood to have asked the Supreme Court secretary-general Sanjeev S. Kalgaonkar for a detailed note on the letter to establish why it took so long to reach him.

Registry sources said hundreds of letters were addressed to the Chief Justice and other judges every day and any delay need not be deliberate.

It has also emerged that the mother had filed a petition in the highest court on April 16 to transfer the rape case trial to Delhi from Unnao in Uttar Pradesh, citing intimidation by the accused.

On the petition, a bench of Justices S.A. Bobde and Abdul Nazeer had issued notices to the CBI and 14 respondents, including the BJP MLA.

In the normal course, the matter ought to have been listed after four or six weeks. But in this case, it had not come up for hearing till date.

Enquiries by The Telegraph suggest that until June 28, the Supreme Court registry staff had not sent copies of the notice issued by the bench in April.

Ideally, the copies should have reached all the respondents by registered post within a week or 10 days.

None of the respondents, including the CBI, has so far filed any response to the plea to transfer the case. Notices could not be served by the registry on two of the accused apparently because their addresses could not be tracked by the postal department.

In the transfer petition, the mother had detailed how her husband died in custody and the relentless threats the family was facing to pressure them to withdraw the allegations against the BJP legislator.