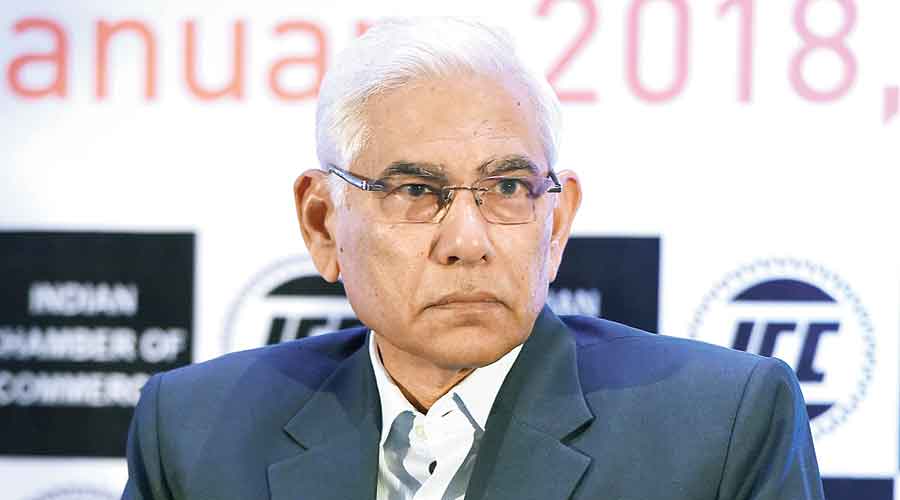 Vinod Rai, whose CAG reports on the 2G and coal-block allocation underlay portrayals of the UPA-II government as corrupt in its last years, has apologised to former MP Sanjay Nirupam for falsely accusing him of mounting pressure to remove Manmohan Singh’s name from one of the reports.

The former CAG’s unconditional apology on Thursday, offered in a defamation case, prompted the Congress to describe Rai as a “fraud” and wonder what else he would have “lied” about in connection with the telecom and coal controversies that played a key role in discrediting the UPA-II and pitch-forking Narendra Modi to power at the Centre.

Finally former CAG Vinod Rai tendered an unconditional apology to me in a defamation case filed by me in MM Court, Patiyala house, New Delhi today.
He must apologize to the nation now for all his forged reports about 2G and Coal block allocations done by the UPA Govt.#VinodRai pic.twitter.com/OdxwZXonCq

Former Union coal secretary Anil Swarup asked whether Rai didn’t owe the country an apology “for his wrong calculations and going to town with them causing havoc in both the sectors”.

After the Modi government came to power, it appointed Rai chairman of the Banks Board Bureau. He held the post from 2016 to 2018.

Nirupam had filed a defamation case against Rai for alleging in interviews that the former Congress MP from Mumbai had pressured the CAG to drop then Prime Minister Manmohan’s name from the coal report.

On Thursday, Nirupam said in a video message: “Rai has filed an affidavit apologising for the false charge and the court has accepted that apology. I had told Rai at that time that he was making a false allegation but he didn’t agree. But the real issue is that his 2G report was a farce. He should apologise to the nation for that fake report.”

Rai’s affidavit said: “That I made certain statements against Sanjay Nirupam, particularly in 2014 in the interview given by me to Arnab Goswami with Times Now channel which was published in The Times of India and

The Indian Express newspapers and an interview to Sagarika Ghose and also two other publications, subsequent to the launch of my book Not Just an Accountant: The Diary of the Nation’s Conscience Keeper.”

Rai’s affidavit added: “That I have realised that in answer to questions posed to me by the interviewers, I had inadvertently and wrongly mentioned the name of Sanjay Nirupam as one of the MPs who pressurised me to keep the then Prime Minister Manmohan Singh’s name out of the CAG report on 2G spectrum allocation during the meetings in the PAC or the sidelines of JPC.”

The affidavit said: “That the statements made by me against Sanjay Nirupam, as televised and published, as above stated, are factually incorrect.”

Congress spokesperson Pawan Khera tweeted in Hindi: “Vinod Rai is a fraud. Imagine the lies this man would have written in his book and in the CAG reports if he lied about Sanjay Nirupam to sell his book and then tendered an unconditional apology.”

Rai could not be contacted for comment despite repeated attempts by this newspaper on Thursday evening.

As head of the Comptroller and Auditor General of India between 2008 and 2013, Rai had alleged the country had lost Rs 1.76 lakh crore and Rs 1.84 lakh crore, respectively, because of corruption in the allocation of 2G spectrum and coal blocks.

While the UPA-II government contested the charges of corruption as well as the figures, Rai’s reports left its credibility in tatters, especially amid an anti-corruption movement led by Anna Hazare.

The BJP used the reports to accuse the UPA of looting the country. But a Delhi court in 2017 acquitted all the 2G accused, a decision that has been challenged in high court. The CBI chargesheet had alleged losses of Rs 31,000 crore — about a sixth of what the CAG had calculated. The coal-block case is still in the trial court.

Congress leaders underlined that what Rai had alleged against Nirupam were not off-the-cuff remarks and that he had repeated the accusation many times. They alleged Rai was working to a plan at somebody’s behest.

Posting a copy of Rai’s affidavit, former coal secretary Swarup tweeted: “This is an unconditional apology issued by Mr Vinod Rai to Sanjay Nirupam for false allegations against him in the alleged Coal & 2G scam cases. Doesn’t he owe an apology to the nation for his wrong calculations & going to town with them causing havoc in both the sectors?”

This is an unconditional apology issued by Mr Vinod Rai to @sanjaynirupam for false allegations against him in the alleged Coal & 2 G Scam cases. Doesn't he owe an apology to the nation for his wrong calculations & going to town with them causing havoc in both the sectors? pic.twitter.com/BxsAQ8l8vj

Rai is currently chairman of the UN panel of external auditors and an honorary adviser to the railways.

Vinod Rai voted out of IDFC board