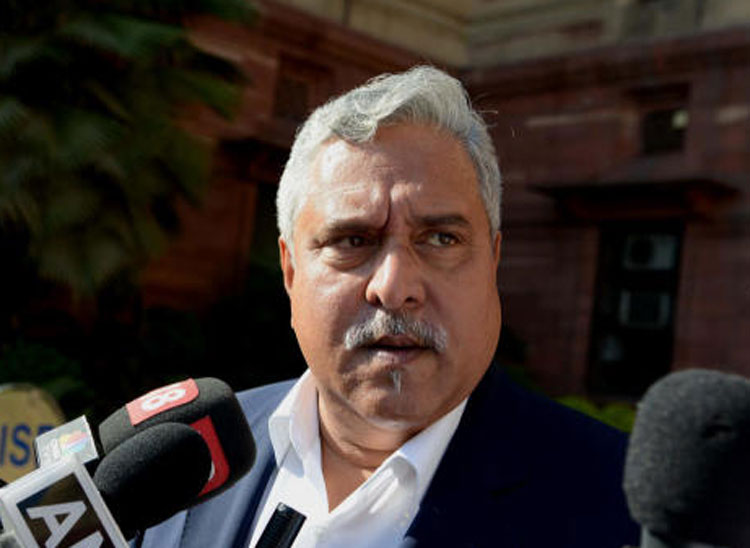 If he does apply, the UK Home Office would wait for the outcome of that appeal. But if he does not, under the India-UK Extradition Treaty, it would then be expected to formally certify the court order for Vijay Mallya to be extradited to India within 28 days.
Telegraph file picture
PTI   |   London   |   Published 20.04.20, 12:07 PM

Vijay Mallya on Monday lost a UK High Court appeal against his extradition, a major turning point that brings India closer to getting back the embattled liquor tycoon wanted in the alleged fraud and money-laundering charges amounting to Rs 9,000 crores.

The dismissal of the High Court appeal effectively clears the decks for Mallya's extradition to India to face the charges in the Indian courts with 14 days for him to apply for permission to appeal to the UK Supreme Court.

If he does apply, the UK Home Office would wait for the outcome of that appeal. But if he does not, under the India-UK Extradition Treaty, it would then be expected to formally certify the court order for the 64-year-old Mallya to be extradited to India within 28 days.

This marks a major turning point for the Central Bureau of Investigation (CBI) and Enforcement Directorate (ED) case against the businessman, who has been on bail in the UK since his arrest on an extradition warrant in April 2017.

The former Kingfisher Airlines boss had appealed to the higher court against his extradition ordered by the Westminster Magistrates' Court in London in December 2018, and then signed off by then UK home secretary Sajid Javid in February last year, at a three-day hearing in February this year.

Lord Justice Stephen Irwin and Justice Elisabeth Laing, the two-member bench at the Royal Courts of Justice in London presiding over the appeal, dismissed it in a judgement handed down this week remotely due to the current coronavirus lockdown.

'We consider that while the scope of the prima facie case found by the SDJ (senior district judge Emma Arbuthnot) is in some respects wider than that alleged by the Respondent in India (CBI and ED), there is a prima facie case which, in seven important respects, coincides with the allegations in India,' the judges noted.

They detail seven main points around which they based their decision to concur with Arbuthnot's extradition order.

Based on the documents setting out the Indian government's case against Mallya, the judges said they found that the loans in question were disbursed as the result of a conspiracy between the named conspirators and that they were made despite Kingfisher Airline's weak financials, negative net worth and low credit rating.

'The appellant [Mallya] was party to false representations to induce the loans that funds would be inducted by way of unsecured loans, global depository receipts and equity,' they noted.

'The appellant was party to false representations about inward investment, an exaggerated brand value, misleading growth forecasts, inconsistent business plans..The appellant's dishonest intention not to repay the loans is shown by his later conduct in trying to avoid the personal and corporate guarantees,' they said.

Mallya's legal team had sought to challenge the Indian government's case on multiple grounds, including whether their client would be safe at Barrack 12 in Arthur Road Jail in Mumbai where he is to be held on extradition.

Most of the grounds had already been dismissed by the High Court, with permission granted to appeal only on one ground - challenging the Indian government's prima facie case against Mallya of fraudulent intentions in acquiring bank loans.

'Mallya has 14 days to apply for permission to appeal to the Supreme Court. If he doesn't appeal removal within 28 days thereafter. If he does appeal, we wait for the outcome on that application,' said a spokesperson for the Crown Prosecution Service (CPS), which represented the Indian authorities in the UK courts.

Representatives from the ED and the CBI had been present in court in February during the three-day hearing, at the end of which Mallya had once again reiterated his message for the Indian banks to take back 100 per cent of the principal amount owed to them.

'I am saying, please banks take your money. The ED is saying no, we have a claim over these assets. So, the ED on the one side and the banks on the other are fighting over the same assets What all they are doing to me for the last four years is totally unreasonable,' he said at the time.

Mallya has been based in the UK since March 2016 and remains on bail on an extradition warrant executed by Scotland Yard in April 2017.

In her verdict at the end of a year-long extradition trial in December 2018, judge Emma Arbuthnot had ruled that the 'flashy' billionaire had a 'case to answer' in the Indian courts.

India and the UK have an Extradition Treaty signed in 1992 and in force since November 1993. So far, only one successful extradition has taken place from the UK to India under the treaty, that of Samirbhai Vinubhai Patel, who was sent back to India in 2016 to face trial in connection with his involvement in the post-Godhra riots in 2002.