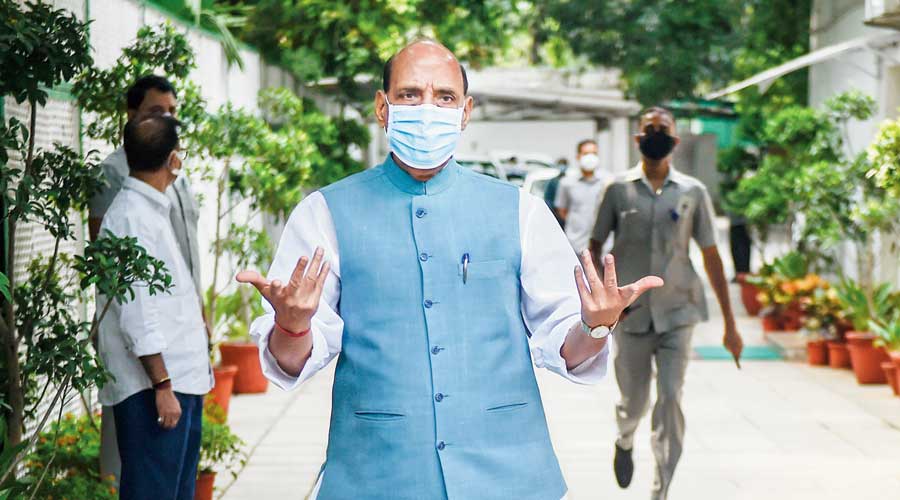 Defence minister Rajnath Singh on Tuesday said India would emerge as the defence manufacturing hub of the world under the Atmanirbhar Bharat initiative, prompting some veterans to point to India’s still-nascent indigenous capabilities in production.

Addressing a gathering on the handing-over ceremony of “Made in India” multi-mode grenades to the Indian Army in Nagpur, Rajnath said: “The speed with which our industries are progressing and contributing to our defence production, I am sure soon India will become the defence manufacturing hub of the world.”

The hand grenades have been manufactured by the Nagpur-based Economic Explosive Ltd, a private entity, in collaboration with the Defence Research and Development Organisation (DRDO).

Rajnath said: “Our private industry is coming of age when it comes to defence production. It is an important milestone not only in defence manufacturing but also in achieving Atmanirbhar Bharat as envisioned by our Prime Minister Narendra Modi.”

A military veteran said later that in August last year the Centre had said it would stop importing items, including weaponry, in a phased manner to strengthen the country’s defence production. “India does not have enough indigenous capability to produce artillery guns, sonar systems, light combat helicopters and radars, but the government has been claiming to make India the world’s defence manufacturing hub,” he said.

Artillery, guns, sonar systems and light combat helicopter radars are still at various stages of development by the DRDO.

Another veteran said: “The defence minister should talk in detail on how India can be self-reliant in the defence sector without developing robust indigenous manufacturing capabilities.”

A retired lieutenant general said if critical components continued to be imported and assembled in India, the country could not be called self-reliant in defence. “We need to first build indigenous capability and develop new technologies,” he said.