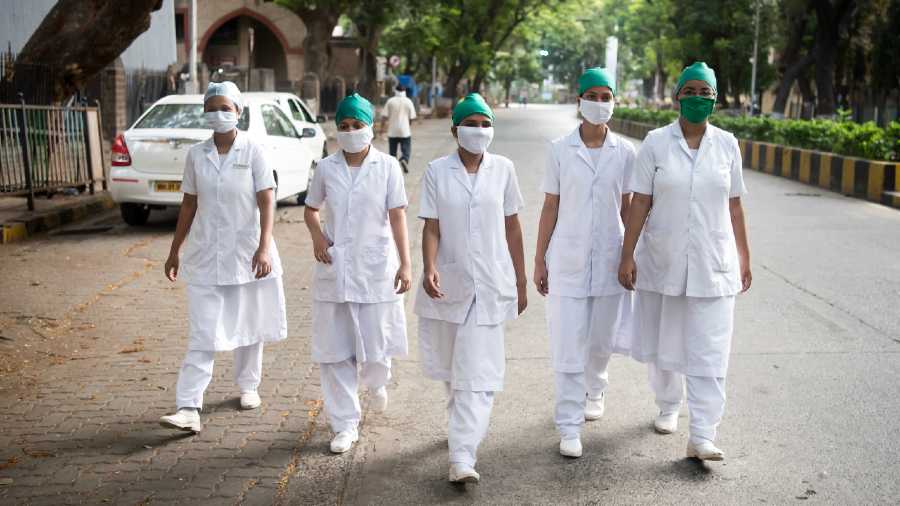 A panel discussion led by nursing and midwifery experts on Tuesday underscored the urgent need for nursing directorates at central and state levels to address the shortage of 4.3 million nurses in India.

The discussion titled 'Is India's Nursing Infrastructure Ready for Another Wave', organised by independent think tank Think Change Forum, noted that a special human resource management system for nurses, and a technology-based platform for maintaining live nurse and midwives' register are some of the issues that need urgent attention from the policy makers.

"India has over 3 million registered nurses & midwives who are responsible for the country's 1.3 billion population, which is grossly inadequate. This is less than the WHO norm of 3 nurses per 1,000 population and India needs to add more than 4.3 million nurses by 2024 to meet the prescribed WHO norms," the Forum said in a statement.

"There is an urgent need to fill in the nursing cadre and positions to achieve an inclusive structure and adequate representation of nurses in policy making. Currently there are either few or no fully functional directorates across centre or sates," Kumar said.

Based on the discussion, Think Change Forum released a 5-Point Recommendations' for strengthening the state of nurses and midwives in India.

It recommended that the WHO norms as outlined in the Strategic Direction of Nursing & Midwifery (SDNM) 2021-2025 recently passed at the World Health Assembly 2021 should be adopted.

The Forum also noted the sanctioned positions of nursing leadership at central and state levels should immediately be filled and additional nursing positions be set up at the directorates of various states of India.

The National Nursing & Midwifery Commission Bill (NMMC) bill should be passed and the India Nursing Council Act 1947 be repealed, it said.

It suggested to implement a Live Register to replace the Nurses Registration & Tracking System (NRTS) and increase investments into nursing and midwifery quality education.

Dr Bulbul Sood of Jhpiego said nurses and midwives are often the first and only point of care in their communities, making it imperative to give right support and build awareness.

"Therefore, it becomes imperative that we enable them with the right support and build awareness, recognition and representation for the nursing and midwifery cadre in our country. The #NurseMidwife4Change program of INC will help prioritise investments to further strengthen this cadre so that they are able to perform their roles optimally," Sood said.