The owners were sentenced to seven-year jail terms recently 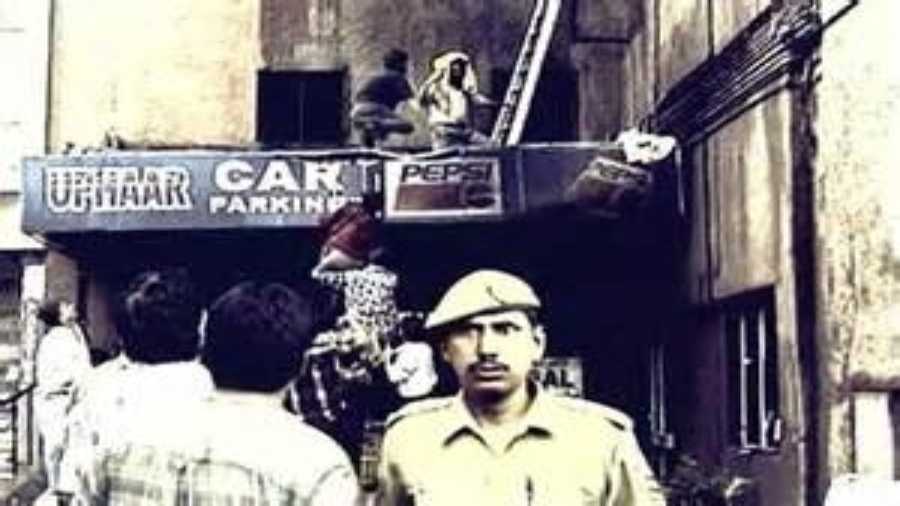 A Delhi court Wednesday sought response from the government and Association of Victims of Uphaar Tragedy (AVUT) on appeals challenging 7-year jail terms awarded to real estate barons Sushil and Gopal Ansal for tampering with evidence in the 1997 case of Uphaar cinema fire which had claimed 59 lives. Additional Sessions Judge Anil Antil issued notice on the plea filed by the Ansal brothers challenging their conviction and the jail term by a magisterial court here on Monday.

The judge also sought a report from the medical superintendent of Tihar jail after senior advocate P K Dubey, appearing for Gopal Ansal, submitted that his client was suffering from certain ailments. During the hearing, the accused objected to the locus of AVUT.

The sessions court also directed the accused to serve the copy of the appeal to the association after its counsel, senior advocate Vikas Pahwa opposed their submission.

A magisterial court on Monday had also imposed a fine of Rs 2.25 crore each on the Ansals. The court had also awarded 7-year-jail term each to former court staff Dinesh Chand Sharma and two others -- P P Batra and Anoop Singh -- and a fine of Rs three lakh each on the them.

The case is related to tampering with the evidence in the main fire tragedy case in which the Ansals were convicted and sentenced to 2-year jail term by the Supreme Court. The apex court however released them taking into account the prison time they had done on the condition that they pay Rs 30 crore fine each, to be used for building a trauma centre in the national capital.

The fire had broken out at the Uphaar cinema during the screening of the Hindi film 'Border' on June 13, 1997, claiming 59 lives.