The BJP knows that it is losing crucial seats like Varanasi South and Ayodhya Sadar and we are winning 300 seats: SP leader 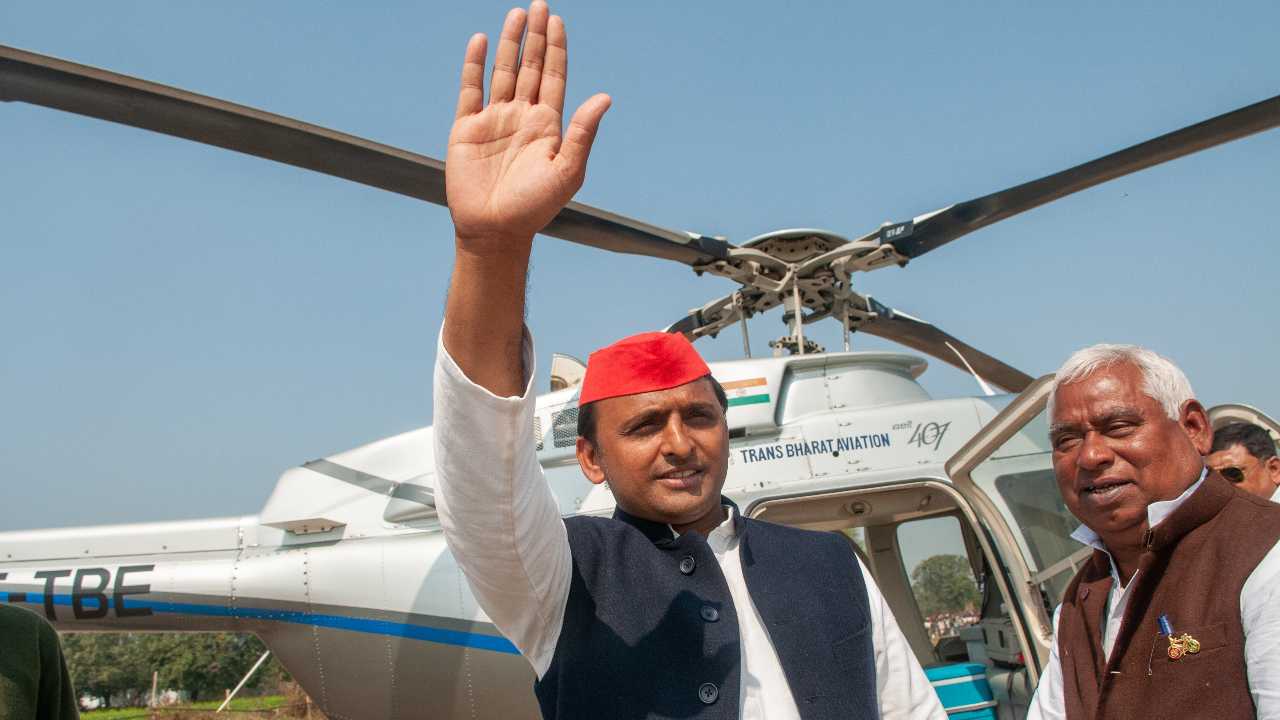 Akhilesh Yadav, the Samajwadi Party president, has alleged that EVMs not used in the just-concluded Uttar Pradesh Assembly elections were being smuggled into strongrooms where machines deployed in the polls have been kept for counting, and claimed a role of the Uttar Pradesh chief minister’s office.

“SP workers caught two trucks carrying EVMs from Pahadia Mandi in Varanasi South on Monday night. The driver of a third truck managed to escape, abandoning the EVMs in it. I have come to know that it was happening on the directions of an officer posted in the chief minister’s office. There were similar reports from Bareilly and Sonbhadra,” Akhilesh told reporters in Lucknow on Tuesday evening.

“I have also come to know that the chief minister’s office has asked district-level officers to slow down counting and stretch the process late into the night (on Thursday) in those Assembly constituencies where the BJP fears it will lose. I call on all SP workers, honest journalists and government officials to keep a close watch in the areas where the EVMs used in the polls have been kept,” the former chief minister said.

Akhilesh alleged that the instructions were particularly with regard to 47 seats that the BJP had won with margins of less than 5,000 votes in 2017.

Supporters of Kameshwar Nath Dixit, the Samajwadi candidate who took on tourism minister Neelkanth Tiwari of the BJP in Varanasi South, had stopped the two trucks late on Monday night and didn’t allow the two drivers to leave for several hours. Police and paramilitary personnel extricated the trucks and the drivers.

Varanasi district magistrate Kaushal Raj Sharma said: “The EVMs that were used for voting have been kept in strongrooms. The EVMs that are being questioned are meant for training of counting agents. We were taking them from a separate warehouse to UP College for the training of those deployed to count votes.”

When reporters told Akhilesh about the DM’s response, he asked: “Then why did the third driver flee if it was a legal act?”

Akhilesh added: “The BJP knows that it is losing crucial seats like Varanasi South (where the Kashi Vishwanath temple is located) and Ayodhya Sadar (where the Ram temple is coming up) and we are winning 300 seats. This is the reason they have stooped so low to win the elections. Experts have always said that the process of storing EVMs and counting ballot papers is not fool-proof.”

“My workers will do anything to prevent such activities. If needed, we can also move court,” the Samajwadi president said.

S.P. Singh Baghel, the Union minister of state for law, said: “The Samajwadi Party knows it is losing the elections and is trying to create a sensation before they receive the jolt of defeat.”