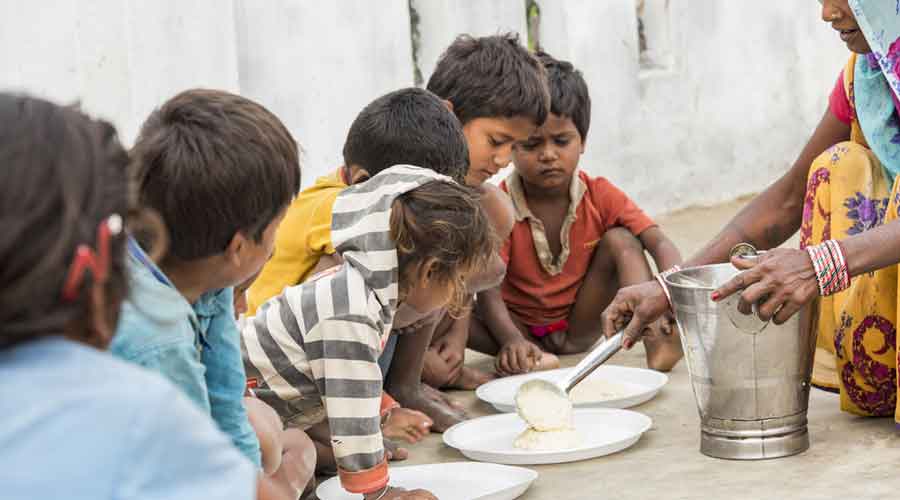 The Narendra Modi government has finally realised the importance of data, thanks to the “foreign hand”.

The Union agriculture and farmers’ welfare ministry has asked the NGO behind the Global Hunger Index for the data on the basis of which India has been ranked 94 among 107 countries surveyed last year.

The ministry has officially questioned the Global Hunger Index Report 2020 that placed India way behind several countries in the neighbourhood and recorded an increase in the prevalence of child wasting in 2015-19 compared to 2010-14.

The “Government of India has raised concerns of the country with Welthungerlife regarding appropriateness, accuracy and representativeness of data used for calculation of level of hunger in India,” agriculture minister Narendra Singh Tomar said in a written reply in the Rajya Sabha. Welthungerlife, the German aid organisation, and the NGO Concern Worldwide bring out the Global Hunger Index.

The Indian government’s sudden interest in accurate data stands in sharp contrast to its response when 108 social scientists had said in 2019 that Indian statistical institutions “have however come under a cloud for being influenced and indeed even controlled by political considerations”.

The Modi government had then responded with ridicule, describing the social scientists as “purported economists” and “compulsive contrarians”.

Among the signatories to the social scientists’ statement were Esther Duflo and Abhijit Vinayak Banerjee, who would win the Nobel for economics later that year.

Two years down the line, left red-faced by a surfeit of adverse international reports, the Union government has acknowledged the value of data.

Tomar added that the government had raised its concerns with Welthungerlife.

Dissatisfied with the written reply to his starred question, a kind that allows supplementary questions, Sanjay Singh of the AAP underscored that the government was saying the situation had improved based on the numbers of 2019 and 2020 alone, but India had fallen sharply in the GHI since 2014.

Standing in for Tomar, minister of state for agriculture Parshottam Rupala replied that India had asked the NGO for the data on the basis of which the hunger index had drawn its conclusions.

Rupala said such reports should not be taken too seriously. Further, he said, India is a country where stray litter too are fed sweets. “This is our tradition,” he said.

Rupala’s response was in line with the manner in which external affairs minister S. Jaishankar had dismissed the recent reports of Freedom House and V-Dem that downgraded democracy in India. Jaishankar had contended that the government did not need the approval of “a set of self-appointed custodians of the world”.

On Thursday, minister of state for electronics and information technology Sanjay Dhotre had said in writing that the department did not have “such authentic information”, asked by Anand Sharma of the Congress “whether the government is aware of reports that India is among the most frequent implementers of Internet shutdowns in the world and the largest democracy to frequently do so”.