During the phone call with Truss, Modi also appreciated her contributions to the India-Britain bilateral relationship in her previous roles 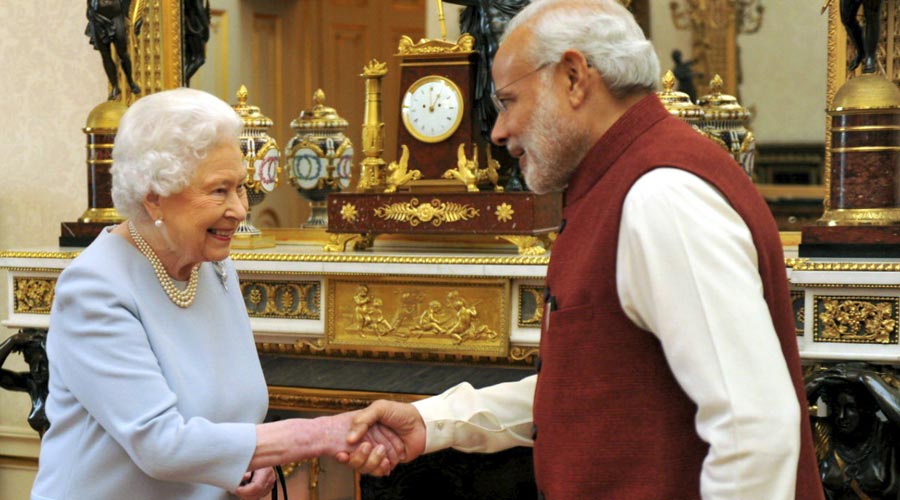 In their first phone call since Truss assumed office earlier this week, Modi conveyed his condolences on the death of Queen Elizabeth II on behalf of all Indians and paid tribute to the 96-year-old late monarch's lifetime of service .

The two leaders said they looked forward to meeting in person in the near future. The Prime Minister spoke to Prime Minister Narendra Modi this afternoon, following the death of Her Majesty The Queen, Downing Street said in a readout of the phone call.

During the phone call with Truss, Modi also appreciated her contributions to the India-Britain bilateral relationship in her previous roles as Trade Secretary and Foreign Secretary.

Both leaders committed to further strengthening the Comprehensive Strategic Partnership between India and Britain.

"The Prime Minister thanked Prime Minister Modi for his heartfelt condolences, which he said were on behalf of 1.3 billion Indians. The leaders acknowledged the grief felt by the many people of the UK and India, and paid tribute to Her Majesty the Queen's lifetime of service, the statement said.

The two agreed on the vital importance of the UK-India relationship and looked forward to meeting in person in the near future, it added.

Modi had tweeted soon after the news of the Queen's passing away in Scotland on Thursday, describing her as a stalwart of our times .

"I had memorable meetings with Her Majesty Queen Elizabeth II during my UK visits in 2015 and 2018, Modi recalled in his tweet.

"I will never forget her warmth and kindness. During one of the meetings she showed me the handkerchief Mahatma Gandhi gifted her on her wedding. I will always cherish that gesture, he said.

The UK and India are in the midst of negotiating a free trade agreement (FTA), with a Diwali deadline set by Truss' predecessor Boris Johnson for the completion of a draft agreement.

The new Prime Minister, who took formal charge at 10 Downing Street on Tuesday with an audience with the late Queen, has previously said she remains committed to an FTA with India and hopes it would "preferably" be completed by Diwali in October or by the end of this year.