We may not be politically together but that doesn't mean our relationship has broken, says Maharashtra CM 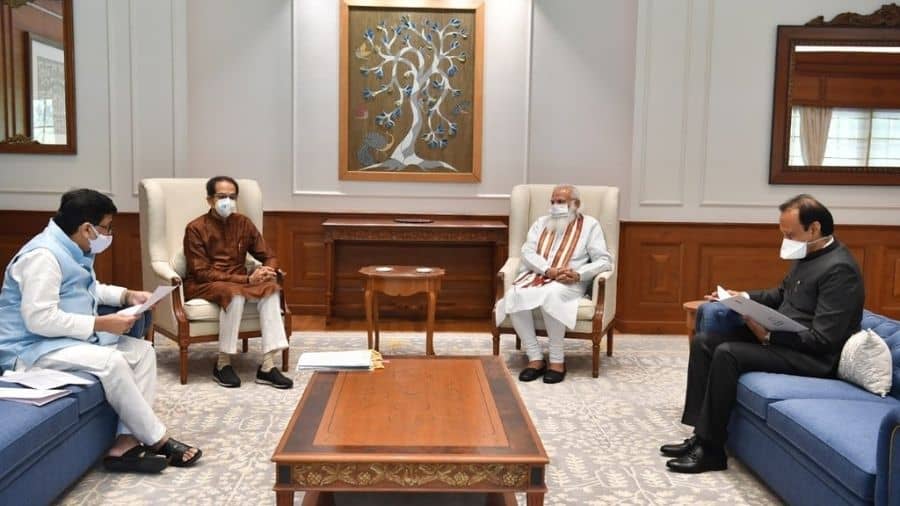 Cyclone Tauktae relief for Maharashtra was also discussed in the meeting.

He said the prime minister assured to look into the issues.

The meeting lasted for an hour and a half, Pawar said.

This is Thackeray's second visit to the national capital after taking over as the chief minister of the state in November 2019.

“We may not be politically together but that doesn't mean our relationship has broken. I didn't go to meet a Nawaz Sharif. So if I meet him (PM) separately in person, there is nothing wrong with it,” NDTV quoted Thackeray as saying, regarding his separate meeting with Modi.

The Shiv Sena-NCP-Congress government wants to move the Metro car shed to Kanjur. The state and the Centre both claim the land as theirs. The matter is currently pending with court.

The previous Devendra Fadnavis-led BJP government had decided to construct the Metro car shed in Aarey, but the move came under opposition from environmentalists.

After assuming office, the Maha Vikas Aghadi dispensation announced the decision to shift the car shed to Kanjur. Since then the site for the car shed has become contentious.

Pawar, who is also the Finance Minister of Maharashtra, said issues pertaining to the Goods and Services Tax (GST) compensation was also discussed in the meeting.

"The state is battling coronavirus pandemic and this will have an impact on its revenue and the compensation amount should be given at the earliest," Pawar said.

The Maratha reservation issue was on top of the agenda. The composition of the delegation assumes significance as it included two senior Maratha leaders --- Pawar and Chavan.

Since the verdict, pressure has been mounting on the government to act.

Briefing reporters, Chavan said after the Supreme Court scrapped the quota for Marathas in jobs and educational institutes, all power has now been vested with the Centre to decide on this.

He said the Centre should take steps to uncap the sealing of 50 per cent on reservation in educational institutions.

Thackeray said the issue of giving Marathi the status of classical language is also pending with the Centre.

Pawar said the delegation also asked Modi to direct Maharashtra Governor Bhagat Singh Koshiyari to approve nomination of 12 members to the state legislative council, as decided by the state Cabinet.

The delegation also demanded a bulk drug park for Maharashtra and central allocation of Rs 1,000 crore for it. It said the Maharashtra Industrial Development Corporation (MIDC) has selected a 250-acre land for the purpose.