Trees cut down at Aarey amid tight security

All five entry points to Aarey Colony are being guarded heavily 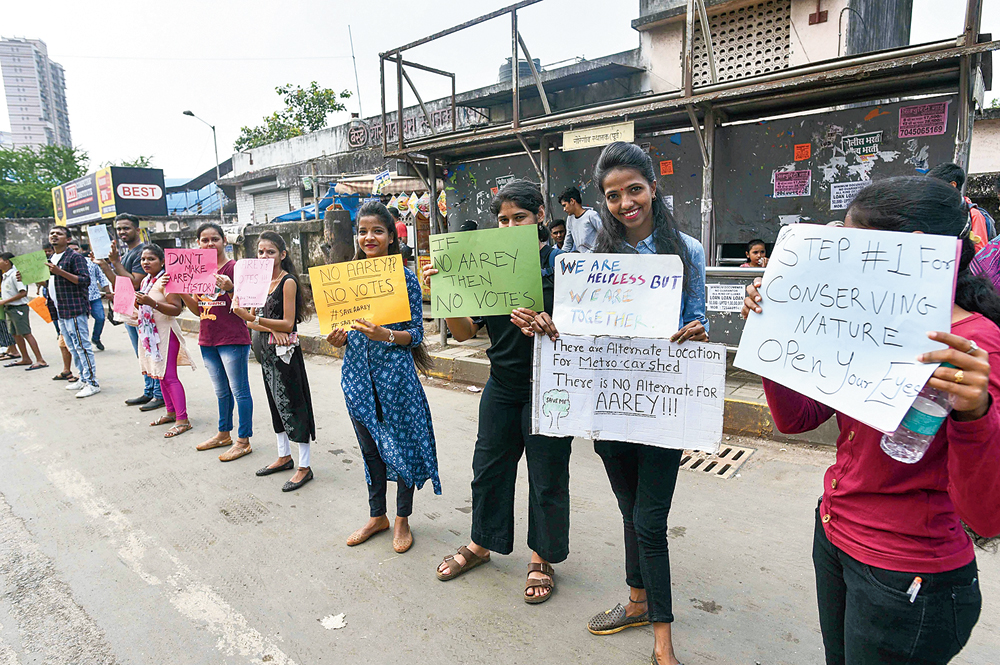 The ban on assemblies remained in force at Mumbai’s Aarey Colony and its neighbourhood for the second day on Sunday, as tree felling continued for the purpose of creating space for a Metro car shed, a police officer said.

He said Aarey Colony had been swathed in security following Saturday’s clashes between the police and green activists protesting the felling of trees in the city’s “green lung”.

All five entry points to Aarey Colony, including the key connecting road near the Western Express Highway, are being guarded heavily to prevent protesters from approaching the site of felling, the officer said.

“Police have been deployed at all these spots. Pedestrians have been advised not to venture near Aarey Colony. Residents of the area need to show their Aadhaar cards to move around. We are ensuring that no one is allowed free access to the area,” he said.

Most shops, restaurants and roadside stalls remained closed in the area because of the enforcement of Section 144 of the Criminal Procedure Code, which bans the assembly of more than four people, since Saturday. The officer said the situation was expected to become normal soon.

Patrolling has been stepped up in the tribal hamlets dotting the neighbourhood. People found assembling in the area were taken into custody before being let off following verification of their identities, the officer said.

Twenty-nine people had been arrested on Saturday after the clashes.

“Several trees in the area have been cut down and security has been tightened,” the officer said.

He said the ban on assemblies would continue till the prescribed number of trees had been felled.

“We have identified the five major spots that are used to enter Aarey Colony, including entry points from the Western Express Highway, Marol police training camp centre, and Mulund,” he said.

Several senior police officers have been stationed there, he added.

Opposition parties have criticised the ruling BJP-Shiv Sena for failing to save the trees. Yuva Sena leader Aditya Thackeray has also castigated the Metro authorities and backed the protesters.

Metro argues the felling is restricted to a small area and is necessary to ensure a modern transport system. The proposed car shed for the Metro-3 line (Colaba-Bandra-Seepz) will occupy 33 hectares.